Just published in The American Prospect

The problems of VA preparedness predate the Trump administration.

Amid the tidal wave of media reports on personal protective equipment (PPE) shortages in private hospitals throughout the country, some press coverage has highlighted worker complaints about the same problem at the Department of Veterans Affairs (VA).

Like health care workers everywhere, concerned VA caregivers have blown the whistle on top administrators, who have downplayed the extent of PPE rationing. The double-talk and evasion of Trump appointees and their flacks at the VA has been a staple of recent Rachel Maddow episodes, plus news stories in The New York Times and Wall Street Journal.

The Senate Democrats questioned why the VA “can no longer rely on its prime vendors to properly supply its hospitals,” and must depend instead on a Supply Chain Task Force controlled by the Federal Emergency Management Agency (FEMA). They note that FEMA has failed to prioritize and quickly respond to VA requests for supplies, despite its expanded patient population of non-veterans from overwhelmed private hospitals. Meanwhile, frontline caregivers are told to reuse or bring in homemade PPE, despite the hazards of working in facilities where infectious diseases are present. The letter blames the dysfunction on “the broken procurement and distribution system developed by this Administration,” which has interfered with the VA’s “sacred mission” (which Congress has just given the VA $20 billion more to carry out).

As with any VA-related controversy, a little context and history is helpful. Not all bureaucratic problems and obstacles at the VA were created by the Trump administration, or its Republican allies on Capitol Hill, though both have certainly weakened it through partial privatization measures. 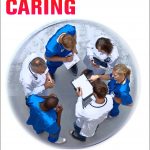