This was just published on the Washington Monthly Site.  It’s a great piece by a Vietnam combat veteran who was also a psychologist at the VHA for many years.  Well worth the read.

As a veteran who served in Vietnam and then has spent nearly 30 years as a psychologist at the Veterans Health Administration (VHA), I am heartened by President Donald Trump’s pick for Secretary of Veterans Affairs. Dr. David J. Shulkin, who served as undersecretary for health in the VA under Obama, is very different from Trump’s other cabinet picks. He supports the VHA’s mission and is opposed to privatizing VHA services. Although he believes veterans should be able to receive care from private sector providers, he wants that care to be integrated into the VHA system, which, as all evidence shows, delivers higher quality care to veterans at lower cost than the private sector ever could.

That said, there is still a lot to worry about as Congress, the media and the president continue to publish misleading articles about the VHA and propose legislation that will end up jeopardizing its quality and even its very existence.

Consider for example, how VA healthcare is portrayed in much of the media.READ MORE 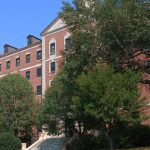 The Real Truth About VHA Care from Someone Who KnowsHealth Care, Uncategorized