Kelley Johnson vs Joy Behar — RN Is the Winner 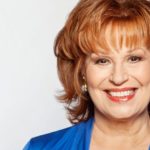 It’s pretty hard to insult women, old people, sick people, and the largest profession in health care in one fell swoop, but that’s just what the co-hosts (and their guests) of ABC’s The View did on Monday when they discussed Kelley Johnson’s, Miss Colorado, appearance in her nurse’s attire during the recent Miss America pageant. The female-sick/old people/nurse bashing began with co-host Michelle Collins referring to contestant Kelly Johnson, who was Miss Coloardo in the Pageant and who appeared on stage in her nurse’s attire talking about how proud she was to be an RN.

Collins began by talking about Johnson’s monologue.”The talent, though, I have to say, the woman who won sang opera, and she was incredible. Really good,” Collins said. “But then there was a girl who wrote her own monologue and I was like ‘Turn the volume up, this is going be amazing, let’s listen’. She came out in a nurse’s uniform and basically read her emails out loud and shockingly did not win.”

“I swear to God it was hilarious,” Collins continued.

“Why does she have a doctor’s stethoscope on?” Behar demanded.

“She helps patients with Alzheimer’s, which I know is not funny, but I swear you had to see it,” she said, making it clear she thought it was very funny indeed – hilarious even.

According to Collins nurses like Kelley Johnson are just girls– which according to Webster’s is a “young female child, or a servant.” According to Behar, RNs are doctor wannabes – otherwise why are they wearing that Dr.s stethoscope around their neck. Certainly it couldn’t be because they actually use that stethoscope to examine, assess, and monitor patients. I am sure Behar, like so many other Americans, thinks that physicians do that, not nurses. What precisely we pay nurses thousands of dollars a year to do is a mystery to most people like Behar and Collins.

It must be pointed out that these two women didn’t only disrespect nurses.  They displayed incredible disdain toward the sick and vulnerable.   That was precisely what Collins blithely exhibited when she suggested that Johnson’s description of her experience with her patient was, well, simply hilarious.

These co-hosts and their guests (two other people at the round table were Raven-Symone and Paula Faris) have demonstrated what happens when, as I wrote thirty years ago in my book Prisoners of Men’s Dreams, women become elite actors who simply mimic elite male values. Feminists worked really hard to make sure that women occupied positions of power. But the idea was that these women would fight for all of us, not just some of us. That they would value not only the work men did making money and gaining power over others. The promise of feminism was that women would fight to take down, not reinforce, the wall between the kind of professional accomplishment men had achieved and the kind of caregiving work women have traditionally performed. Sadly, that vision of what I called transformative feminism has been supplanted by the dress for success version of women like Sheryl Sandberg, who not only lean in but so lean far over that they completely devalue the work so many women are still doing.

Behar and Collins have, ostensibly, made it – at least according to traditional American ideas of success. But as we have seen with this incident, they exercise whatever power they have at the expense of many of the women – like Kelley Johnson – who teach their children, care for their sick husbands, children, and aging parents, mind their children while they are on stage and otherwise make sure that the gleaming world of their celebrity is consistently polished. One day maybe – and by then it will be way too late – when they are sick, or have Alzheimer’s themselves, they will really (and I mean really) wish they had not said what they said, and believed what they believe. It will be too late because these attitudes discourage bright women from going into fields like nursing. Hopefully, nurses will not be discouraged by the reception Kelley Johnson received from The View. Hopefully they will continue to help people understand what it means to be Just a Nurse and to move from nursing’s traditional silence to the kind of voice my co-author Bernice Buresh have long encouraged more RNs to exercise.  The kind of voice Johnson used during the Miss America pageant. Fortunately, thousands of RNs have joined a media campaign called #Nurses Unite to protest The View. We need more nurses to explain to the world that yes, I am Just a Nurse, and I just make the difference between life and death.