Another Interesting Experience in the Friendly Skies 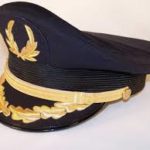 On Monday, my husband and I flew back to San Francisco from Boston after a two week visit.  As we were sitting in the airport waiting for our 4:13PM flight with United Airlines, we were told that the flight was delayed two hours.  The reason? Unspecified “maintenance.” Needless to say, we weren’t ecstatic about the delay.  As an anxious traveler, I also worried about which particular maintenance issue had caused the tardy departure.  Was it a serious engine problem?  If so, would whatever repair was performed actually maintain us in the air for six hours at 36,000 feet?  I know I have written about the wonders of the airline safety model, but I’m only human and worry is something at which I excel.

So it was with great relief that we got on the plane, and with even greater relief when the Captain got on the PA to apologize for the inconvenience and inform us about the maintenance issue that delayed our flight.  What was most impressive about this incident was how the captain approached the passengers once we were all on the airplane.  Instead of an anonymous voice speaking to the passengers over the PA, the captain left the cockpit, stood in front of the economy cabin, and apologized for the delay. Turns out the first officer’s seat was broken, and they had to fly in a replacement in from New Jersey.  No engine problem.  No landing gear problem.  The guts of the plane were just fine.

This is the second time a United captain has come forward to apologize for a delayed flight and any thoughts I had of flying Virgin Atlantic across country from now totally evaporated.  This simple gesture encouraged brand loyalty.

So let’s extrapolate the lessons here to healthcare — particularly to patient safety and satisfaction.  How many times have you, as a patient, sat for hours waiting for a physician in a busy medical practice?  I don’t know about you but this is a constant in my life as patient.  And how many times does the physician apologize and explain the reason for the delay?

I remember the most grueling wait I ever had.  I was with my daughter waiting to see an orthopedist.  The guy was four hours late.   Four hours!!  We wait for two hours in the waiting room and two hours in the exam room.  No one explained why he was late.  No one said they were sorry.  No one told us to go get a cup of coffee and then come back in an hour.  No one took our cell numbers and said they’d call us when they knew he was on the way.  Zero attention to our needs and skyrocketing stress levels.  The message was clear.  Our time meant nothing.  His time, on the other hand, was at a premium.  This message was highlighted when he finally showed up in the exam room.  When he came in, he did not utter one single word of apology.  I personally wanted to punch him in the nose.  Or at a minimum say something like, “Did your mother ever teach you to say sorry.”  Instead I said nothing.  Just evinced the usual, “oh we are so lucky you have graced us with your presence” affect.  He could, after all, take offense if anyone mentioned good manners and potentially hurt my child.  (This, by the way, is what most patients fear when they are told to give any kind of negative feedback to physicians or nurses – making admonitions to patients to “take responsibility for your care and ask questions and voice concerns,” almost ludicrous).

When I talk about apology here, I am not referring to much needed apologies for a medical mistake. I am talking about risk free basic courtesy.  We as patients know that physicians are busy people.  We know time means money (guess what, our time actually means money too).  All we ask for is basic courtesy and for basic information.  If the hot stick, right stuff captains at United and other airlines can learn to do it, so can doctors.  Si se puede.  Yes they can.