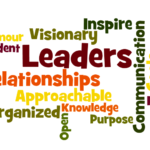 In response to my latest newsletter posting, I got this wonderful email from an MD, OB/GYN  Rob Olson.  Rob wrote the following and told me I could post it on my blog.  It is a perfect example of mature, reflective leadership, how to form a team, support a team member, and create psychological safety.  So here it is:
I had a 42-year-old patient having her first baby who was transferred into me after being stuck at 7cm for over six hours in an outside birthing center. She was post dates and clinically had a large baby with the head not engaged at a -2 station. She did not want pain medication nor an epidural. I felt she had adequate uterine contractions but was planning to check with an internal pressure transducer until I examined her and found she was at 8cm. An hour later she was at 9, then she did not make any further progress and I ordered a primary cesarean section 3 hours later.

The young charge nurse questioned me and wanted to discuss both the possibility of Pitocin as well as an epidural. This irritated me but after I explained myself, she accepted my clinical judgment. The surgery went well for both the mother and the 9 lbs. 5 oz. infant.

However, the next day, upon reflection, I realized I should not of been irritated but instead I should have welcomed the inquiry from the charge nurse as she was just demonstrating patient advocacy and safety. So I wrote an email to her supervisors praising her behavior as a demonstration of a “culture of safety”. We should all welcome discussion of our patients so we can encourage teamwork.

If more physicians, nurse managers, professors etc reacted in this way and thought about their actions we’d be out of the woods when it comes to people speaking up to protect patients.

Nursing Silence ReduxUncategorized
Another Interesting Experience in the Friendly SkiesUncategorized