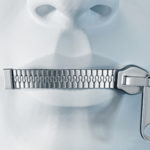 Hippocrates may have said “first do no harm” centuries before Florence Nightingale reiterated the injunction, but nurses really believe that they are morally superior to physicians or many others in healthcare when it comes to protecting patients from danger.   As the American Nurses Association Code of Ethics assert in its Provision 3, “The nurse promotes, advocates for, and strives to protect the health, safety, and rights of the patient.”

Nurses may disagree on many issues, but on the definition of the nurse as THE patient advocate, they actually do speak with one voice. I have seen – and written about –many nurses who, in fact, tirelessly advocate for their patients. What these nurses do is embody true advocacy.  Advocacy, as I have written in When Chicken Soup Isn’t Enough: Stories of Nurses Who Stand Up for Themselves, Their Patients, and their Profession, is not simply hoping things go well for the patient.   An advocate, as the dictionary defines it, is “a person who argues for or supports a cause or policy: a person who works for a cause or group: a person who argues for the cause of another person in a court of law.”  Being an advocate, by definition, thus means speaking up to defend or argue for another person.  Thus to be a patient advocate, by definition, involves speaking up to protect a patient from harm.  It involves, again, by definition, the willingness to take risks to protect a patient from harm.

It has been with increasingly greater distress that I have heard nurses, over the years, simultaneously assert that they are patient advocates, while also insisting that they cannot possibly risk their jobs if they see a patient about to be harmed by a physician or by some hospital policy, or by some action by someone who has the power to discipline or punish the nurse who is observing potential harm.  In July the online publication Nurse Together posted an article entitled “Medical Errors: Why Don’t Nurses Speak Up?” It discussed the fact that, in nine out of ten cases when there is a medical error someone knows something or sees something that could prevent the error.  Rather than speaking up, they remain silent.  They do this because they believe physicians are “untouchable,” or because they receive no management support – but only discipline, when they speak out.

The simple fact is that the majority of nurses I have met believe that speaking up will get them into trouble.  The problem starts in nursing schools.  While the visible, explicit curriculum in nursing schools teaches nurses that they should advocate for their patients, it does not teach them how to advocate in real life situations where the odds are stacked against advocacy.  They are also not taught how to confront and overcome the hidden curriculum of nursing, which they encounter the minute they hit the wards.  In too many instances, nursing students who enter hospitals or other healthcare institutions for their clinical rotations are instructed by preceptors who have no training in conflict resolution and negotiation and who teach them to shut up rather than speak up.  These nurses are, in turn, supervised by managers who similarly have no conflict resolution skills and whose default position is discipline and punish rather than coach, teach, and support.

The other day, for example, I was giving a lecture at a four year university nursing program.  I asked students – who ranged I age from 20 to 50 – whether they  would speak up, if they saw a patient about to be harmed.  With no exceptions, they all said they were afraid to speak up.  Ditto the working nurses in the room.  The students also told me that their preceptors all advised them to shut up, when they told their preceptors of problems in patient care.  “That’s just the way it is, what can we do about it? “ they said.  “You don’t want to be thought of as a know-it-all do you?” was the response of another.

So I have a modest proposal.  Instead of teaching nursing students that they are patient advocates, why don’t nursing professors teach students how to advocate for patients in the face of what might seem to be insurmountable odds?  Why don’t they choose preceptors more carefully so that students are always paired with nurses who actually know how to speak up in the face of such odds and could thus help nurses learn a skill which they will have to master and refine throughout their careers?  And why doesn’t hospital nursing management create an environment in which patient advocacy and protecting patients from harm can actually occur so that we finally move from aspiration to reality when it comes to patient care?