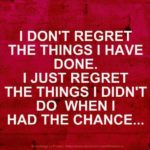 For the past fifteen years, since the Institute of Medicine published its report To Err Is Human, patient safety has become the watchword of the day. Money has been spent.  Initiatives have been launched.  Champions have been recruited.  Whether it is the hospital CEO, the Chief of Medicine, the Vice President of Nursing, everyone is on board when it comes to patient safety.  And yet, the numbers of patient deaths and injuries are barely budging.  In fact, the only progress we seem to be making is in adjusting the statistics on patient deaths upward.  When the Institute of Medicine report came out in 1999, the public was informed that 98,000 patients were dying of preventable medical mistakes every year – the equivalent of a jumbo jet crashing every three days.  In 2013, we learned that that figure was probably a radical underestimation.  The correct figure is over 400,000 a year – making deaths due to preventable medical errors the third leading cause of death in the US.

Why are patients still needlessly dying from medical treatment? Why are hospitals – (the word, remember comes from the Latin hospice, which means guest and hospitality, not as in industry but as in acts of kindness,welcome and generosity), still so inhospitable?  One reason is that hospital and healthcare leaders are not acting to curb the kind of bad –even disruptive – behavior that we now know is one of the leading causes of medical harm.  More than 75% of medical errors and injuries stem from failures of communication and teamwork.  Yet one of the primary barriers to teamwork and communication is tolerated in our healthcare system everyday.  The sorry fact is that people in power are allowed to act in ways that humiliate, intimidate, even abuse, and ultimately silence, their patients and the people whom they manage, supervise and ostensibly lead.  These actions create climates of fear and anxiety which make it almost impossible for people – particularly those lower down on the medical totem pole — to speak up when they notice a patient safety problem that begs to be remedied,  or even more worrisome, when they see someone about to make a potentially serious or even fatal mistake.

I have spent the last decade interviewing nurses, residents, housekeepers, nursing assistants, chiefs of medical executive committees in hospitals as well as hospital CEOS, and chief nursing officers.  What has become clear to me is that at all levels of the hospital hierarchy, there is an astonishing and pervasive tolerance for bad behavior and a refusal to exert leverage to engage, encourage, and yes mandate behaviors that protect patients and staff. This was confirmed once again in a recent article discussing the fact that hospital executives tolerate an astonishing amount of bad behavior in healthcare professionals deemed to be revenue generators.

This is no surprise to me.  I sat in one recent meeting of a medical executive committee, where a group of the hospital’s top physicians casually admitted that they do almost nothing to rein in a colleague who is routinely abusive to nursing and other lower level staff.  At another meeting, a CEO of a large teaching hospital, himself a physician, complained that nursing staff do not report physicians who engage in dangerous behavior, behavior they know jeopardizes patients.  He never informed the nursing staff that he was there, standing behind them, ready to support them if there was a problem with an intractable physician.  In fact, when I asked him what he and his executive staff were doing to deal with the minority of physicians in his hospital who were disruptive or abusive, he threw up his hands and looked skyward, as if the heavens would provide me with my answer.  “We are talking a lot about it,” he lamely ventured.

When I recently talked to a dean of a nursing school who was also a board member of his local hospital, he told me about a physician who’d finally been disciplined because of her bad behavior.  The dean told me that this particular physician had been abusing nurses and other staff for years.  What finally tipped the balance was a complaint from a patient.  Why, I asked, hadn’t the hospital administration and board done something years earlier to stem this woman’s unrelenting attacks on her subordinates.  Why did it take a patient complaint to spur the board to action? “Well, she’s such a good clinician,” the dean said, adding of course that she was also a revenue generator. No, I thought, this person is not a good clinician.  She may be a good technician, but since clinicians deal with human beings and should work on teams, the term “good clinician” does not apply to anyone — whether nurse, doctor, pharmacist, PT, etc — who ill treats colleagues and co-workers.

The problem is that hospital leaders have leverage over physicians — just as much leverage as they have over RNs and other employees.  But in too many instances they fail to exercise it to protect patients.  It is indeed true that many physicians are not actually employed by the hospital (although more and more are hospital employees).  They are, however, granted admitting privileges that allow them to practice in a particular hospital.  Those admitting privileges can be suspended or rescinded.  The question hospital executives and hospital boards must ask is why are so many badly behaving people allowed to continue behaving badly?  Misbehaving physicians are often considered to be the golden geese that lay the golden eggs.  In our book Beyond the Checklist we asked “What, precisely, is so golden about surgeons who refuse to complete a checklist or time-out because they are in a hurry or are personally annoyed by the protocol? Why reward the medical and nursing staff on units where there is no genuine communication about a patient’s status or about staff safety concerns? Why does a hospital continue to employ a nurse manager who’s great at making OR schedules but can’t deal effectively with her staff?”  Our argument in that book was that “leaders must lead,” which means making tough decisions about people who are good technicians, and who may have excellent reputations but who are abusive and create a climate of fear and anxiety that stops people from speaking up to protect patients from harm.

Another Interesting Experience in the Friendly SkiesUncategorized
Patient Safety and the "Deaf Effect"Health Care, Uncategorized