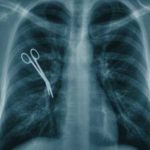 “So-called serious reportable events in other types of hospitals, including those that provide psychiatric or rehabilitative care, rose 60 percent from 2012, to 206.

“Instances where patients underwent a procedure on the wrong body part, were burned by an operating room fire or a too-hot heating pack, or were subject to contaminated drugs or improperly sterilized equipment saw some of the largest increases in reporting since 2012.

The article did not delve into the reasons for these disturbing statistics, except to suggest that perhaps increased reports were due to increased reporting.  Is that supposed to be a plus?  Asked whether this report was a sign that things are somehow getting better because hospitals are reporting more problems, Allan Frankel, (former head of patient safety at Partners Healthcare and now Chief Medical Officer at the wonderful Safe and Reliable Healthcare, along with my colleague Michael Leonard), responded candidly and emphatically,”No!”

Frankel is right.  The questions that need to be asked when statistics like these are revealed are the following:

Are the hospitals in question doing team training in a systematic recurrent way?

What are their nurse to patient staffing ratios, the patient loads of their physicians, laboratory techs etc?

Who sleeps and when?  Do nurses routinely work 12-plus hour shifts.  Are resident physicians hour restrictions routinely violated?  Are people afraid to speak up when they see a patient safety problem– like when they think a surgeon is about to operate on the wrong body part?  Do hospitals use SBAR (see my last two blog posts) and other predictable patterns of communication?  Do they use use surgical checklists, time outs, not just sometimes but all the time, not just sort of but really.

The list of questions could go on and on.  The problem isn’t more reporting, the problem is less of the right kind of consistent systematic action on patient safety.