When it comes to the healthcare problems of military veterans, one issue has dominated both media and Congressional attention:  veteran suicide.  Death by suicide is not, of course, unique to those who have served in the military.  It is the tenth leading cause of death for all Americans and the second leading cause of death for those under 35.  Although, suicide is increasing all across the nation, veterans have a higher rate of suicide than other Americans, with 17 (not, as is often erroneously reported as 20 or 22) veterans dying by suicide every day.

In response to this crisis, the media and Congressional representatives have adopted what has become a typical stance when dealing with veteran’s healthcare problems: blame the Veterans Health Administration (VHA). In spite of the fact that the vast majority of veterans who die by suicide have never approached the VHA for help with either their emotional or physical problems, the VHA has become a target of denunciation because the toll of veteran suicide has not abated.   What the VHA almost never gets credit for is its persistent and systematic efforts to reduce veteran suicide.  VHA programs that are rarely highlighted in the press or Congressional debates have actually slowed veteran suicide rates for those who are cared for at the VA, especially those with diagnoses of depression.

As spotlighted last week at a conference sponsored by the VA and its partner the American Foundation for Suicide Prevention (AFSP), the VHA has helped address one of the most polarizing issues in American society – the role of firearms in suicide in general and veteran suicide in particular. Since 65% of veterans’ suicide deaths are a result of the use of a firearm, putting space and time between an at-risk veteran and his or her weapon can be lifesaving. 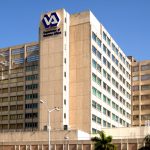