Just did this article with Jasper Craven in The American Prospect

The Best Health System to React to COVID-19

Despite years of underfunding and attempted privatization, the publicly run Veterans Health Administration has a mission to respond to national emergencies, and the expertise to do so.

As the coronavirus surges through America, the country’s only national health care system—the Veterans Health Administration (VHA)—is facing a massive test. The agency must simultaneously treat its vulnerable population of nine million patients, while preparing to fulfill its so-called “fourth mission,” which is to help respond to national emergencies and pandemics.

For years, the VHA has been unfairly cast in the press and in Congress as a failing institution, even as its care has consistently outperformed the private sector on key metrics. In recent years, the VHA has developed unique and necessary tools that could play a critically helpful role in containing this public health crisis.

Yet this work could be greatly complicated by the outright neglect and hostility from the Trump administration and Veterans Affairs Secretary Robert Wilkie. Together, they have overseen an unprecedented privatization push through the VA MISSION Act of 2018; failed to fully fund the agency; done virtually nothing to fill 44,000 health care vacancies; and refused to install a permanent deputy undersecretary of health.

In late February, when lawmakers asked whether VA needed more resources to fight COVID-19, Wilkie said no, even as his department had yet to lay out a comprehensive plan for addressing the crisis. Now, as the infection rate in the civilian world skyrockets and roughly 50 veteran-patients have tested positive, Wilkie has continued to be tight-lipped on how he’s handling the crisis. 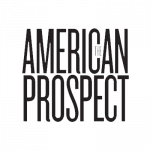