What Matters to Patients? 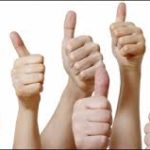 The other day I was talking with a friend about the kind of welcome patients get when they enter a medical setting or interact with caregivers ( I am struggling here with language because I don’t want to use the term “providers” and so am going to go for caregivers, to refer to anyone who gives care to patients). How welcoming are the spaces patients enter? How are they greeted by people who are often their first contact with a system – say a receptionist or nurse, or dental hygienist, or well anyone? My friend and I were talking about the arrangement of office space – do you want, for example, some sort of glassed in setting or semi-walled off space where the office staff are perched and where they greet patients from behind a kind of medical office moat? Does space matter? I think it does and it doesn’t.

Yes, having some chest high wall between you and the office staff can suggest distance. But what is much more important is the affect of the staff who greet the patient. Space plays a factor here but I think what is more important is the time staff have to deal with patients and how many patients – i.e. — their workload. In other words, how they are treated, which, in turn, impacts how they treat patients.   So many hospitals and medical practices inflict trauma on their staff and then expect them to be nice to patients.  Really?  What planet are they on?

You can have a well designed office space but if office staff are poorly treated and act in a brusque, people processing, Midas Muffler shop “Next”fashion, the impact of the space will be erased by the impact of their affect. On the other hand, the office space may not be super cool, but if staff look up at patients, actually see them, maybe give them a warm smile and mean it (as opposed to a Studer Group smile which means I am smiling but only because secret shoppers are maybe watching me and I definitely do not mean it!), that can make all the difference.

As I write this I think here of the contrast between three medical offices and one dental office I have been in recently (well in the case of one not so recently,actually five years ago). Several months ago I was observing people at The Women’s Clinic at the San Francisco VA. The VA is hardly one of those spiffed up, marble monuments to modern medicine. The building, although quite beautiful in its old Art Deco-ey way, is old, and lacks any cool touch. But there is a sense of community, of being greeted and helped out that is evident pretty much everywhere. Every time I go there, I hear someone in the hallways asking a baffled veteran if he or she needs help. There’s usually some kind of volunteer greeter in the entrance to main lobby of the building that houses outpatient medical practices and a variety of clinics. The veterans actually talk to each other the waiting room so that going to the VA is not an isolating, but rather a, social experience. Office staff – not always but often – actually look up and greet patients when they come to the reception desk and physicians, nurses, and other caregivers seem able to tear their eyes off their computer screens and actually listen to and attend to the real human beings in front of them.

Or I think of the time, just a couple of months ago when I visited the Women’s HIV Program at University of California at San Francisco (UCSF), directed by my friend Eddy Machtinger. What was astonishing about the clinic was the affect of the waiting room. Like at the VA, patients talk to each other in the waiting room. But what’s more amazing is that staff—social workers, nurses, even doctors, — come out and sit and talk with patients in the waiting room. The patient is engaged from the moment they walk in the door. This is not a place where people sit alone, terrified, waiting for doom. It’s a place where people are connected to one another and illness is one part, not THE only part, of their lives. Over the course of the time I spent at the Women’s HIV Program, I also observed the relation staff had to their computers. Unlike so many other medical offices that I have visited, NPs, social workers, receptionists, MDs, actually looked at the patient rather than the computer screen, listened, and conversed with– as opposed to ordered – their patients. As is true at the many VAs I have visited, caregivers didn’t just listen to their patients, they solicited their opinions, concerns, and views. They welcomed questions and even challenges to their authority, rather than rebuffing them in a way that clearly puts the patient in their traditional place of reverence and deference to the MD or other “provider.”

The third experience I want to briefly recount is one in which I was the patient. I had a very bad complication after surgery and had to visit a specialist many times to try to sort things out. The “face” of this medical practice was a receptionist.  This woman, the very first person you practically collided with when you opened the office door, absolutely exuded hostility.  In my fragile state she seemed like a nuclear explosion shattering my shakey self-confidence every time I entered the place.  I worked really hard to make her be nice to me.  (Is there something wrong with that picture?).  When I mentioned it to a nurse, her comment was, oh yes, everybody complains about her.  So why was she there, why was she the first person that you met when you opened the door, what was this practice trying to tell you?

Finally experience number four – which ends us on a good note. My dentist Kevin Ko has a practice in Walnut Creek, which is a 45 minute trek from where I live. But I make that trek willingly because of how Kevin and the staff he works with treat patients. When I first had a tooth extraction there Kevin (and by the way he is Kevin not Dr. Ko) called me up to find out how I was doing afterwards. Amazing. He givens out his cell number and tells patients to call if there are any problems. I had one once and he was totally available. In fact, I once called his cell by mistake when I thought I was calling his office number and reached him instead of the secretary. In typical good patient fashion, I was dutifully apologetic for having “bothered” him. Instead of responding as if he were being bothered, he instead expressed gratitude that I had reached him. “I’d been wanting to call you to find out how are were doing,” he said, “But I didn’t want to bother you.” All I could think was “are you sure you are a dentist/doctor?” I was reminded of a story a neuro nurse once recounted at a workshop I was doing.

She told the group about a neurologist who came up to the neuro floor, sought her out, introduced himself, and asked her what she thought should be done about the patient.  She turned to him and said,” are you sure you’re a neurologist?’