We Need to Counter the Anti-VA Narrative 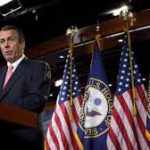 Recent Congressional discussions of the shortfall of $2.6 billion at that the Veterans Health Care Administration has resurrected the anti-VA narrative that the Republicans have been promoting so that they can justify further privatization of the nation’s largest and most effective integrated publicly funded healthcare system.  Over the past year, I have previewed some of the themes of a book I am writing about the VHA and the care it provides veterans on this blog.  In a Congressional hearing on the VHA shortfall last week, Jeff Miller, R, Florida and Chairman of the House Veterans Affairs Committee, fulminated that the VA demonstrates “ a startling lack of transparency and accountability.”  While Speaker of the House John Boehner, R, Ohio opined that, “The VA’s problem isn’t funding — it’s outright failure. Absolute failure to take care of our veterans,” No injection of funds, he opined can fix the VA because it is just “ a mess.”

All of this is an orchestrated effort to convince people that the VHA is an inefficient, ineffective system that just can’t get it right.  Republicans hope that this will lead to greater privatization and eventually, in their wildest dreams, to a total dismantling of the healthcare system, which would channel all veterans into a private, market/profit based healthcare system that doesn’t work for those of us with good insurance and surely would not work for veterans — many of whom have such serious mental and physical problems that they must be practically walked through the VHA.

To see why privatization will never work for veterans please read the oped I did for the Boston Globe after the Phoenix wait time scandal hit the news.

The tragedy of most coverage of the Veterans Health Administration is that it exaggerates the breath of any problems the system experiences.   It generally fails to understand, for example, that a problem like that with wait times at the VHA is a result of the failure of our healthcare system to produce enough primary care physicians through a failed medical education and training system.  Coverage and ideologically biased political commentary also neglects to mention how very effective the system is.  Many veterans have evinced support of the Bernie Sanders for President campaign because they applaud the stands he took on the VA when he was the Chairman of the Senate Committee on Veterans Affairs.  Sanders fought to get more money for VHA healthcare.  Vets would hardly be supporting him if the VHA was the system the Republicans portray.

What the nation needs to know are the amazing advances the VHA has made in clinical care, research, mental healthcare, teaching, etc.  Ironically, few people know about VHA innovations because, unlike private sector hospitals and health systems, which waste billions of taxpayer dollars (almost half of hospitals budgets come from Medicare dollars)  on advertising,  the system does not waste taxpayer dollars on advertising and marketing but spends it on clinical care, research, and innovation.  The VHA provides better and more cost effective care than all these institutions combined.  In fact, observing care at the VHA over the past year, I am envious of the care that our nation’s veterans receive. I have the best insurance coverage available — the kind of Cadillac care Obamacare will soon be taxing.  But it provides me nowhere near the quality and comprehensiveness of the services veterans get at the VHA.