The Dangers Caregivers Face at the VA and Elsewhere 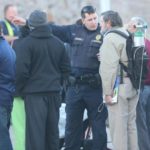 On January 7, 2015, a desk clerk in a Veterans Health Affairs clinic in El Paso, Texas, shot and killed a VA psychologist working in the clinic and then shot himself. Although this killing was far overshadowed by the tragic and terrible killings of journalists, cartoonists, staffers, and police officers in France at the satirical paper Charlie Hebdo, this incident should not be forgotten by those interested in the care of veterans in this country. The clerk –Jerry Serrato – was a former veteran who worked at the VA. The person he killed was a psychologist, 63-year-old Timothy Fjordbak. While it is way to early to understand what exactly happened in this clinic, what this case may help us to understand are the dangers that VA employees (and veterans) run when they try to deal with unhappy or disgruntled patients or employees who feel abused (justly or not) by the system. The difficulty of dealing with mental health issues and patient or employee anger in a system that may, in places be understaffed (as this particular clinic was reputed to be) must be taken far more seriously than it is in our healthcare system as a whole. People who have taken to bad mouthing the VA should also be careful not to use this incident to further malign one of the nation’s most valuable healthcare resources.

Healthcare and hospital short staffing –whether with RNs and other nursing staff on patient units or psychologists, primary care physicians, general surgeons or lab techs (to many only a few categories) can lead to patient frustration and anger. Healthcare workers are often the ones who bare the brunt of that frustration and anger and, in some instances, the violent responses it produces. While killings are rare, violent outbursts or attacks against healthcare workers are far too common. Nurses, for example, have long suffered from high rates of assaults from patients who vent their frustrations on the nearest symbol of the system they encounter. When patients in ERs are frustrated with delays, for example, they may take it out on the nurse – someone who had absolutely nothing to do with formulating the policies that have led to short staffing in ERs. Similarly, they may be angry and aggressive with a primary care provider – nurse practitioner, physician assistant, or physician – for whom they must wait for hours on end, largely because our country doesn’t produce enough primary care providers and so PCPs are forced to deal with too many patients in too short a time. They thus often run over their allotted 15 minute slots, thus causing other patients to wait, sometimes for hours to get into their appointment. When I lived in Boston, I routinely had to wait for at least two hours to see my primary care physician who took a great deal of time with his patients but who was nonetheless booked as if each patient could be run through an assembly-line cookie cutter and ejected after 15 or 20 minutes. I learned to live with it because I knew that he was late because he was giving some other patient the time he would eventually give me. But I am sure not many patients were as patient as I reluctantly learned to be.

At the VA, staff shortages are often due to policies that are developed not at the VA itself but determined by the budgets that Congress allocates to the system or by a broader healthcare education system that does not produce enough physicians who are willing to go into primary care. The VA is dealing with an aging population with many illnesses – including many more serious mental health issues that one would see in the non VA population. As one Nurse Practitioner recently told me, the average VA patient he sees is like four patients (all rolled into one) that he might see in the private sector. Our nation just doesn’t produce enough primary care doctors to see all the patients that need to be cared for, whether inside the VA or outside of it.

VA budgets, also determined by Congress, also make it difficult for the system to hire enough staff. Hopefully  new money  coming into the VA will help.  But until now, and even sometimes today,   social workers, nurse practitioners, physician assistants, physicians – you name the category – could all earn lots more in the private sector than they do at the VA. The turn-over that many vets complain about is often a result of the fact that some professionals may choose to leave the system for far greener (as in greenbacks) pastures in the private sector.   This means it’s critical to recognize the dedication of those who continue to work inside the VA even though they could be making lots more in the private sector.  I am now writing a book about the care the VA is pioneering in many areas like teamwork, care of the elderly, palliative care, to name only a few,  and I am constantly impressed by the dedication of the staff I meet and observe. They could have chosen far more lucrative positions in the private sector but they remain at their posts to serve veterans. Our country needs to recognize and reward them for their service just as it must  recognize and reward the veterans who serve in the nation’s military.

One form that recognition should take is understanding the dangers they face in their workplaces and making sure that everything is done to protect them.