Hey Dr. Emanuel: you might not want to die when you're 75!

I have been observing some wonderful physicians and nurses and others at the VA facility at Fort Miley in San Francisco.  The VA’s commitment to appropriate, non-torturous end-of-life care and its efforts to educate clinicians about how to deal with patients with serious illnesses is impressive.    I have, for example, observed physician Eric Widera and his geriatric and palliative care team at the VA in San Francisco.  They have a blog called GeriPal, which has wonderful information and posts about geriatric and palliative care.  They did this post on Ezekiel Emmanuel’s article in the Atlantic “Why I Hope to Die at 75.”  Since I also wrote about this in a recent post, I thought people would like to see this post by  Alex Smith.

Hey Dr. Emanuel: you might not want to die when you’re 75! 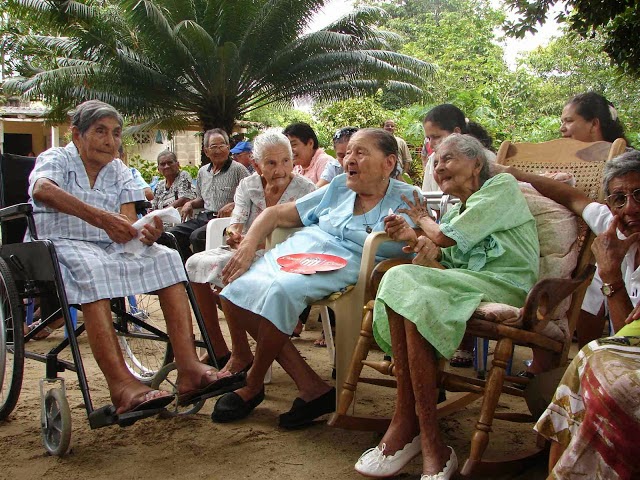 You may have heard of a new article in the Atlantic by Dr. Ezekiel Emanuel provocatively titled, “Why I Hope to Die at 75“.

Please take a moment to read it.

If you haven’t read it, and are still reading this post, I get it, you’re too busy. I love the Atlantic but find their articles too long too.  So I will summarize:

My initial impression, upon hearing the title, was…yuck!  This plays into every ageist stereotype – and from a renowned bioethicist no less!

On further reading, however, I realized that his argument is much more nuanced and complex than his hammer of a title would suggest.

I applaud him for taking a bold and nuanced stand on a national discussion that has been lacking in thoughtful and nuanced conversation.  My sense is that he really wanted to poke a stick into a hornets nest and shake it.

So in the spirit of responding to that challenge, here  are my major issues with this piece.

First, with all due respect, we should not care that much about what Dr. Emanuel wants 18 years from now.  The right people to ask about whether life is worth living after age 75 are not 57 year olds, like Dr. Emanuel, forecasting what life will be like when they are 75.  The right people to ask are seniors who are living with the conditions he describes, disability and cognitive impairment.

We asked 62 older Chinese, white, African American, and Latino older adults, mostly in their 80s or older, who had a disability requiring assistance from someone else for daily care to rate their quality of life.  The majority rated it good or better.  No one gave the worst rating.

What we exposed is the older persons version of the disability paradox.  Studies have shown that healthy people think that being paralyzed would be awful.  But if you ask people with severe or persistent disabilities to rate their quality of life, many rate it good or excellent.

A good quality of life is possible in late life disability, with support.

Second, I suspect that we would agree that more resources should be directed toward supporting people older than 75, rather than trying to endlessly prolong life.

I worry, however, about the message that this title sends. It stokes fear and provides easy fodder for critics of health care reform and palliative care…

Third, the age of 75 is an arbitrary cutoff.  There are many remarkably healthy 80 year olds, and many frail and disabled 65 year olds.  The arbitrariness of the age limit undercuts the argument.

The productivity based criteria for distributing resources doesn’t seem right for the rest of us (mere mortals) who look forward to the life stage where we may not be as productive, but with support, can find ways to contribute.

Thank you for your response to Dr. Emanuel. The problem with some folks in high places is they want to speak for us. I believe it was also his philosophy that we elderly have a DUTY to die. Unfortunately, he had a lot of influence into the ACA. I’m sure he believes in rationing resources, but not until HE is 75…
September 20, 2014 at 5:42 PM

Hi Alex, I appreciate your commentary very much. One of the best things about this blog is being notified of very interesting issues that makes me think for days afterwards (if not longer).
I have a couple of thoughts1. I agree (whole heartedly) with his overall framework of self defining a good quality of life and a life worth living, avoiding life prolonging interventions once that is gone and finding ways to be at peace with the inevitable fact of death.2. I disagree with
a. His use of the term “we” which gives a very paternalistic flavor to his article. I think the emotional response would have been different if he had used “I” more.
b. His implication of rationality. There’s nothing rational about values. They’re arbitrary by definition
c. His overly simplistic separation of curative, therapeutic, palliative and preventive care. I would argue that a colonoscopy is much less painful than dying of an acute bowel obstruction due to a malignancy. CHF care is both life prolonging and palliative.
d. His definitions of a good life (obviously-not because anyone here knows me, but we all define it individually and what’s right for someone else is not right for me)
e. How he comes to peace with death (I have a different worldview).I think looking at the framework of his worldview allows me to appreciate what I do agree with without agreeing with the details.
September 22, 2014 at 5:06 AM

The really sticky issue is not the frailty or physical disability — as you point out: you can still ask the person what they want. But if cognition is so impaired, or aphasia so dense, that meaningful informed consent is no longer possible, what guidelines have you given your agent/surrogate so they can “let you go” ie forego rehospitalization, IV’s, even antibiotics, and/or changing to pureed food?
September 22, 2014 at 9:20 AM

Most important is patient choice. I am almost 84, in good shape for my age. I want to be the one to make the decisions about my care based on my feelings of quality of life. These desires should be respected and I should be able to have a doctor work with me for comfort at the time, not just based on extelnding my life. I would guess that many others my age hold this criteria. Great article. Thanks for sharing the importance of this discussion.
September 22, 2014 at 9:50 AM

Thanks Alex!His article raises interesting questions that we as a society really need to wrestle with.Given his involvement in policy, he should not have written it. The title is downright irresponsible.Anonymous is right on, these decisions should be patient centered.
September 22, 2014 at 9:57 AM

Alex,
I’m so glad you wrote this post, and sorry that I looked for it so late.I think, unfortunately, that the most important nuance- that older people are PEOPLE- was lost in the blur of ageism that’s all over his article. He uses such ugly characterizations of older people that I was in shock. He’s a doctor and an ethicist. How could he place such superficial value on a person, even for himself? Someone sitting on a log is as valuable and possessing of dignity as someone running a company or writing a book. He has all these ways of placing value on older people that seemingly wouldn’t apply or need to apply for some reason if they were younger. E.g. why doesn’t everyone who isn’t productive enough at younger ages just refuse medical care now?Dr. E’s article reflects the ageism that is so unquestioned in our society that we devalue older people, then we treat them terribly, and then- surprise!- no one wants to face being an older adult (and of course you point out, once there, most are happy with their lives).What would be better is if such brains and prominent health policy researchers as Dr. E actually spent their time helping our system actually work for older people so that no one in older age ever had to dread getting older.