Just published this in 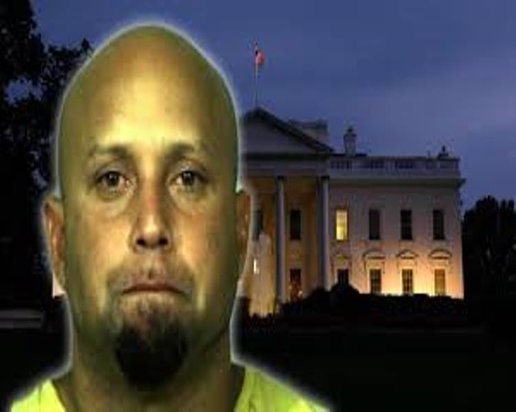 Iraq war veteran Omar Gonzalez’ recent assault on the White House has led the press and pundits to focus on White House security failures, which, most recently has led to the resignation of Secret Service Director Julia Pearson. Sadly, there has been little effort to consider an equally pressing security problem the Gonzalez case highlights – one that will not be touched by efforts to enhance White House security.   These are the problems that thousands of communities cope with due to the complex mental health problems of soldiers returning from America’s recent wars Middle Eastern wars.

Most veterans who suffer from combat related mental illness do not end up leading a charge against the President. But literally thousands of them return from war badly damaged by a constellation of mental and physical illness that present problems for their own health and well-being as well as that of their families and communities. Even though, these problems have been widely publicized, many families, friends and neighbors of veterans ( as well as veterans themselves )still do not understand the fighting, alcohol or drug abuse, and out of control rage their loved ones exhibit is, in fact, far more than machismo on steroids. As Erin Finley has explained in her book Field of Combat: Understanding PTSD in Veterans of Iraq and Afghanistan, (http://www.cornellpress.cornell.edu/book/?GCOI=80140100613100 ),they do not understand that these behaviors may be signs of mental illness that can be treated and managed. Nor do enough of them know that hundreds of hospitals and clinics at the Veterans Health Administration have programs that specialize in these problems, can offer significant expertise and help that is far superior, when it comes to combat related mental illness, than is available in the private sector. http://www.ptsd.va.gov/

Tragically, the media’s recent focus on the problems in the VHA system may have made things worse. The drumbeat of media reports about the “scandal ridden,” VA have painted such a bleak picture of the nation’s largest – in fact, only – integrated healthcare system, that many Veterans and their families may now conclude that they cannot access any VHA programs at all. Some are convinced that the system is too broken to offer help. In the course of gathering information for a book I am writing on the VHA, I have talked to dozens of people who, when they hear about the project, wonder why I would want to write anything about a system that is so hopelessly flawed and which, they have been led to believ, is almost beyond repair. When I explain that the VA is actually alive and well and has amazing programs that help Vets – particularly those with mental health problems, they are invariably surprised.

Again media coverage one of the right’s silver bullet for Vets — allowing them to get help from private sector providers may make matters even worse for those veterans who have mental health problems.

An estimated 30 % of returning soldiers suffer from Post Traumatic Stress Disorder (PTSD.) Since the wars in Iraq and Afghanistan, others have had traumatic brain injuries that produce what is known as Post Concussive Syndrome (whose symptoms often mimic those of PTSD). Many Iraq and Afghanistan veterans suffer from both PTSD and PCS. Ever since the Vietnam War pioneering psychiatrists, psychologists, social workers, nurses and others in The Veterans Health Administration have worked diligently to pioneer treatments for PTSD and other combat related mental illnesses. VA mental health professionals have developed expertise in Cognitive Processing therapy, Prolonged Exposure Therapy, and have both out patient and in patient programs to deal with this potentially crippling problem. The VA’s work on post concussive syndrome is also unparalleled.   And the VA’s mental health professionals know how to distinguish the one from the other and treat both.

Few private sector psychiatrists, psychologists and social workers have this kind expertise when dealing with PTSD or many of the other problems that are specific to this population of patients. In fact, VA psychiatrists have told me that mental health professionals in the private sector often prescribe drugs and treatments that make matters worse not better. Even those who have experience with victims of rape or other trauma, may not understand specific component of combat related PTSD. Many veterans with PTSD don’t only suffer because of what was done to them – but from what they did to others. As one VA psychiatrist recently explained to me, soldiers in the heat of battle may have killed civilians, or children or even their own buddies in friendly fire. This is not the typical presentation of patients who community psychiatrists, psychologists or social worker normally see.

As news of Omar Gonzalez’s dramatic assault fades from the front page, it is important not to forget that the problems veterans and their families face day in and day out. Many of these problems are treatable and manageable – with help that they can get from a system that, like the diseases it treats, is too often maligned and misunderstood.