Being at the Patient Safety Table 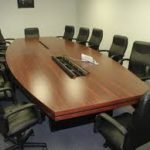 Several weeks ago, I was talking with nurses, physicians and other healthcare professionals about their efforts to enhance patient safety at a large and prestigious teaching hospital.  The group was very committed to improving teamwork and communication among interprofessional staff.  One of the biggest problems the institution faced was encouraging nurses and non-physician professionals to speak up and discuss or point out safety problems.  The institution had done some safety training and was very concerned about quality and process improvements.  But what I call “the by-stander problem” – people not pointing out safety issues when they saw them and raising safety concerns when they had them – was, nonetheless,  a constant barrier to patient safety and staff satisfaction.  When we talked further about the issue of safety culture and psychological safety – the pre-requisite of people feeling they can speak up — people admitted that toxic hierarchies often made people feel that providing input and feedback would not only be unwelcome but even risky.  They were trying to flatten the hierarchy but this was hard, many confessed.

One nurse gave a telling example.   The hospital now holds “team” meetings on a routine basis.  Nurses, physicians, social workers, medical interpreters, etc come together to discuss critical issues.  But what happens at those meetings is very interesting.  In many instances, when non-physician staff have something to say they don’t say it.  Or they say it tentatively, hinting and hoping rather than presenting their concerns in a compelling and confident manner.  Or they speak only about their particular profession or discipline, even when they have things to say about other issues that pertain to another profession or to broader concerns about how patient care is delivered.  I.E, nurses only talk about nursing issues even though they may notice something significant that pertains to MDs, or PTs, or Social Work.  Since it’s critical to have new perspectives on patient care issues, this means that contributions are limited and important information remains undiscussed and undisclosed.

The net effect of this non-communication or tentative communication was that inviting non-physician professionals  to the proverbial – and in this case, very real – table meant that they were perceived as having little or nothing to offer the larger group.  As we Peter Lazes, Samuel Sameh and I have written in an essay (published in First Do Less Harm) on the problem of failing to include all staff in patient safety initiatives, when people do not speak up at the table, high level physician or administrative participants may wonder why there has been so much about interprofessional participation when the participants seemed to participate so little.

How did this happen?  I asked.  Was the message of inclusion really given and underscored?

Well, it turns out that not only do nurses and other non-MD players not say anything much at the table.  They may not  actually have been sitting at the table at all.  The room they generally meet in has a large conference table smack in the middle of the room a number of chairs arrayed right around it. There are also chairs stationed around the periphery of the room to accommodate those who can’t fit at the table.   The typical dynamic is that a nurse or social worker or non-MD participant comes into the room, sees there are empty chairs at the main table, but moves instead to the periphery and sits down.  Why, I asked?  Because these people “know” that the chairs at the table are “reserved” for physicians and high level administrators and that nurses and “less important” players are not supposed to take those chairs.  When physicians and high level administrators enter the room, they go right to the chairs around the table and sit right down.  If there is an empty chair near them, they do not invite RNs or others to join them.

When the meeting is going on, I was further informed, physicians refer to one another as Dr. Smith or Dr. Jones, or Dr. Lau.  They refer to non-MD colleagues as Joanie, or Jim.  Even people with PhDs get demoted through these naming practices.   High level executive leadership also reinforce these practices by refering to physicians with title and last name and everyone else on a first name basis.  When I asked why this happened, people commented that calling MDs by title and last name was a sign of respect.  So, I asked, does this mean you don’t have to respect anyone else in the room or on the team?  Heads nodded to acknowledge my point.  I then asked whether this practice was really about respect.  It seems to me, I proposed, that what was being promoted here was not respect but reverence.   And reverence, I added, does not encourage input and advocacy in the face of higher status players but rather deference.  This is lethal when it comes to patient safety.

Given these messages, I asked, is it any surprise that non-physician players don’t speak up.  You don’t have to tell people  to “shut up” in so many words.  Particularly when you are dealing with “lower status” groups, all you have to do is send subtle signals that they and their their input is unwelcome.  To do this, sending a variety of non-verbal communications is all it takes to let people know people where they have been placed on the hierarchy.  Subtle signals also convey the message that maintaining the status status quo is way more  more important than actually making patients safe by creating a psychologically safe environment.

My question to the group was:  If a nurse or social worker does not feel comfortable sitting next to an MD at a conference table during a meeting about quality and safety can he or she be counted on to tell a physician they have forgotten to wash their hands or are about to deliver the wrong dose of a medication?

If anyone answers that question in the affirmative because they believe that concern for patient safety will always trump concern for status, they should consider the thousands and thousands of cases where people have watched patients harmed and failed to speak up because they felt it was not safe to do so.  The take home message here is that we have to be as concerned about subtle messages that encourage silence as we do about the very clear admonitions that silence people.  Yes, we have largely left the era when surgeons throw scalpels in the OR and tell nurses to give them their chairs when they enter a room.  What we have not engaged in, however,  is the kind of profound culture change that helps people check their concern for status at the door so that they can learn and listen from people who are not at the same level in the hierarchy as they are.  So think about it.  Next time you are in a meeting and see these patterns reinforced, will you do something about it?  Will you even notice?

To Keep Patients Safe You Shouldn't Need Your Own Nurse/Family Member in the RoomHealth Care, Uncategorized
The Sad News About Migration from Central AmericaUncategorized