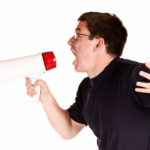 I just flew to Orlando on Friday to attend a conference at the AWHONN (Association of Women’s Health, Obsterical and Neo-Natal Nurses).  On the flight I sat next to a wonderful former Labor and Delivery nurse who is also a mid-wife and clinical educator.  She told me the story of her husband’s recent hospitalization.  It was a long and drawn out saga that lasted for months.  It also involved an endless battle with nurses and attending physicians and residents who did not welcome her knowledge and input as a skilled healthcare professional, discounted her concerns, and neglected to find and treat a complication of surgery that almost killed her husband.  “If I had not been at his bedside day in and day out, he would be dead, “ the nurse told me.  “I am certain of it.”

Every nurse or doctor I know has told me much the same thing.  They are fearful of leaving a relative or friend in the hospital without being at that loved one’s bedside.  They almost all report that their knowledge and expertise – of medicine, nursing, pharmacy or of the patient who is a friend or relative – is not welcomed by hospital or facility staff who tend to view them as “know it alls,” interlopers trying to interfere with the patient’s care.  Ask yourself the following question:  Would you ever fly in an airplane if people told you you would have to hire your own private pilot to sit in the jump seat in the cockpit to oversee what the captain and first officer are doing?  Have you ever talked to a pilot or flight attendant who told you they wouldn’t fly if they didn’t have a friend or relative who was a pilot supervising the airline professionals on the flight deck? When I listen to doctors, nurses, pharmacists or other healthcare professionals telling me how hard it is for them to be heard in the din of defensiveness, I am struck once again by the parallels with what has happened in aviation and what has not happened in healthcare.  Over three decades ago, captains would not listen to first officers, flight engineers, fight attendants, mechanics or any non -captain, non-pilot personnel.  Today, after three decades of training and communication the voices of those team members are welcomed even solicited.  When Qantas Airlines Flight 32 got into trouble after leaving Singapore in 2010, the captain knew he needed help and so called to get it by asking if there were any other pilots on the plane (it didn’t matter which airline they flew for) and if they could come and assist.  By enlisting the help of other skilled individuals, the captain saved himself, the crew  and passengers from certain disaster.  In healthcare, however, this soliciting and welcoming help is not always the case.  If a physician comes to visit a friend or relative in the hospital and notices a problem or accident about to happen, nurses and physicians employed in that hospital do not routinely welcome them with “Wow, wonderful, you know the medicine and the patient, what could be better!!”  Instead they may fend them off with a “ how dare you” look and “you’re a usurper out to challenge my authority” attitude.  At the end of this blog post I am going to include the story of what happened to a friend of mine who is a physician when she tried to save the life of another mutual friend during a long hospitalization.  This was originally published in our book Beyond the Checklist:  What Else Healthcare Can Learn from Aviation Teamwork and Safety.

The second thing I think when I listen to doctors, nurses, pharamacists or other healthcare professionals tell me how hard it was to save their friends or relatives from harm, is feel terrified for myself and my loved ones. If you need a skilled health professional in your room with you to protect you from the harm that could be inflicted by the health care professionals who are paid to care for you,  what chance do I or my nearest and dearest have when in the hospital?  My husband is just a journalist, as am I.  My eldest daughter is an actor and community organizer.  (Thank god, my other daughter is a nurse practitioner) If I am in the hospital, unless my NP daughter flies across country to save me, it is hardly likely that my husband or daughter has the knowledge to identify the wrong dose of medication about to be given, lecture the provider on the proper course of treatment, or recognize a wrong diagnosis or decision about to be made.

When I was talking to the labor and delivery nurse, she advised me never to go into a hospital without someone in the know being by my side.  As we discussed patient safety and I told her about our book Beyond the Checklist, we both commented that this would be, of course, unheard of in aviation.  Yet another reason why medicine has to take the lessons of the aviation safety movement seriously.

From Beyond The Checklist

In March 2010, a sixty-four-year-old woman who had survived several cancers, whom we will call Mrs. Smith, was admitted to a major northeastern teaching hos- pital with a life-threatening bowel obstruction. She had low blood pressure, was in shock, and had a systemic infection and kidney failure. The hospital was world- renowned for its patient safety; Mrs. Smith’s family was confident she would get high-quality care. An emergency colostomy was performed to bypass the affected area of her colon. When the surgeon sewed her up, however, he made an error and left behind some necrotic bowel. Over the next two weeks, the woman ate almost nothing, even after her kidneys started to rebound and she seemed better. Al- though Mrs. Smith’s colostomy output was high—a sign of bowel dysfunction— the many specialists working on her case (internal medicine physicians, kidney doctors, and surgeons) seemed unable to agree about her nutritional status or the significance of the high output. As is common in teaching hospitals, the rotating

specialists and hospitalists communicated through notes in the patient’s chart but rarely face-to-face.

After three weeks, Mrs. Smith left the hospital for home (her insurance did not cover admission to a rehabilitation facility). There she developed a fungal infection in her mouth and throat, to which doctors quickly attributed her eating problems. After the infection was treated, however, Mrs. Smith still could not eat. One of her closest friends—who happened to be an internist (let’s call her Dr. A)–stayed with her when her home care nurse had to be away. Dr. A, who measured her friend’s caloric intake, observed that she consumed fewer than three hundred calories over twenty-four hours. She became convinced that Mrs. Smith had a significant bowel problem and was slowly starving to death. When Dr. A discussed the issue with the home care nurse, the nurse said she was frantic because she could not convince the patient’s doctors to recognize how serious the eating problem was.

Not surprisingly, several days later Mrs. Smith was readmitted to the hospi- tal. Her care was now transferred to a new group of providers who did not know her at all. After reading her chart, they assumed she was chronically sick and was “on her last legs.” Dr. A and Mrs. Smith’s daughter tried to convince the new team that Mrs. Smith was actually not “like this,” and that there was something seriously wrong. A nutritionist who consulted on the case wrote a strongly worded note recommending that if she did not improve, the patient should receive total parenteral nutrition (TPN)—which delivers complete nutri- tion intravenously. The physicians’ belief that this was “just the way the patient was” contradicted yet another strongly worded note: the patient’s oncologist had visited from another hospital and clearly informed the treating physicians that Mrs. Smith had survived her previous cancers and should make a full recovery.

Mrs. Smith did not improve. She was discharged to a long-term acute care fa- cility (LTAC), where her condition deteriorated even further. She was readmitted to the original hospital, where the treating physicians finally met with Dr. A and Mrs. Smith’s family. The medical team attributed Mrs. Smith’s difficulties to psy- chological problems, insisting she was simply “not trying hard enough” to eat. Only when Dr. A and her daughter became her health care proxies a week later were they able to arrange for another meeting, where finally a hospitalist (was it the third, fourth, or fifth involved in her care?) listened to the distraught daughter and physician friend, examined the condition of her colon more carefully, discov- ered the dead bowel, and finally prescribed TPN. Within a day of getting the nu- trition, Mrs. Smith was better. Within a week, she could stand. It took two months of TPN before the surgeon could operate to remove her necrotic bowel. She lost considerable bone density and deteriorated from a vigorous woman who could easily walk two miles without effort to one who found it difficult to walk a mile without getting winded.

This took place at one of the best hospitals in the world. Her primary care doctor is a noted patient safety advocate. Yet she was dying of malnutrition in front of every- one’s eyes. No one ever talked to anyone else. The teams never met with one an- other. Things were communicated in the electronic medical record, but there was never a [face-to-face discussion about the patient]. No one would listen to the fam- ily, or friends, or even me—and although it shouldn’t matter, I am, after all, a physi- cian. My friend went into the hospital on March 11. . . . [I]t wasn’t until May 22nd that she was put on TPN. For over two months, she ate no more than 400 calories a day. It’s a miracle—and not a medical miracle—that she is alive.