New Post on VHA and GM with more stuff

This just appeared in Beyond Chron 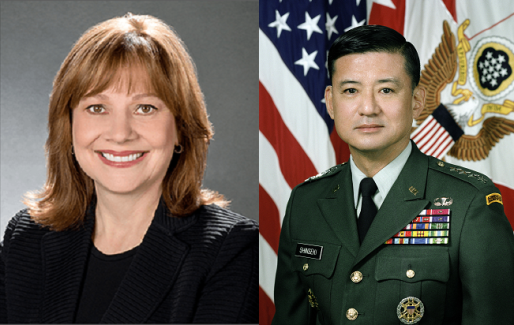 If anyone thinks that the private sector can serve the needs of the public with more efficiency, effectiveness, and accountability better than public sector programs, they should contrast two stories of mistakes made, acknowledged and corrected  that have dominated the news over the past month.  One is the story of wait times at the Department of Veterans Health Administration  and the other is the deaths that were the result of a faulty switches and airbags in GM’s  Cobalt. There is perhaps no better recent example of the double standard with which our country deals with accountability in  the private and public sectors than the reaction to these two recent reports.

Over a month ago, a whistleblower  exposed the fact  that the Veterans Health Administration had secret lists that disguised the amount of time veterans had to wait for first appointments in VHA facilities in Phoenix, Arizona first broke.  Veterans who were supposed to be seen for an appointment 14 days after they called for one were waiting far longer.  Allegations that 40 veterans had died because of the wait times were also made.  Congressional Republicans – who have long wanted to privatize the VHA delivery of services to 8,000,000 of the nation’s vets — leaped on the story as an example of the dangers of public sector callousness and bureaucracy. Within less than a week, the Veterans Health Administration had initiated a rigorous investigation into the allegations, confirmed the wrong-doing, identified even more facilities that had longer than hoped for wait times, and two weeks after than delivered a preliminary report detailing the problem.  After another week, at the behest of Republican critics the Secretary of Veterans Affairs, Eric Shineki submitted his resignation, and a bill – brokered by Senators Bernie Sanders (I,VT) and  Senator John McCain (R-AZ) to take steps to assure that the issue of wait times was addressed.

As the VA’s own investigations have continued the depth of the problem has emerged.  Although, it has not been proven that a single veteran died because of delays in securing an appointment at any VHA facility, the dimensions of the problem continue to be publicly revealed and actions to address the problem considered.  This includes proposals for legislation to fire and possibly criminally prosecute those responsible for any wrong-doing.  Over the course of a month and a half – and this will continue as investigations are pursued – we have learned more about this serious problem and the context that has helped to create it and the public nature of the program has created increased transparency.

Contrast this with the scandal at General Motors.  In 2001, the fact that there were potentially lethal defects in a switch in GM Cobalts was initially identified.  In 2002 tests – that were deliberately concealed from the public  and regulators– determined that the switches did not work and GM’s legal department began to learn about deaths that were unarguably due to the mechanical failure. By 2005, GM began to learn about problems in airbag deployments due to crashes caused by the faulty switches.  By 2007, there was even more evidence of a connection between these crashes and failed airbag deployments.  Although lawyers, designers managers and many others knew about these problems for more than a decade, it was not until early 2014 – that’s 13 years after the problem was identified — that GM recalled the vehicles. It also took 13 years for a report to be conducted and made public that revealed the details of  the catastrophic culture of concealment that characterized GM at all levels. In contrast to events at the VA, however, no one in Congress has called for criminal prosecution of those involved in this decade of lethal decision-making and the CEO of GM, Mary Barra, has not been asked to resign and will probably not do so.

Or if you want another salient private sector example – this time in healthcare — consider a report published in Modern Healthcare (http://www.modernhealthcare.com/article/20140607/MAGAZINE/306079939) on serious patient safety problems at one of the nation’s most prestigious hospitals, The Cleveland Clinic. According to a report by a retired Airforce Colonel, David Antoon, the Cleveland Clinic did not properly investigate a serious problem he had during prostate surgery. As the author of the report wrote, “Antoon, a commercial 747 pilot in civilian life until the operation left him incontinent, is baffled that medicine has no organization like the National Transportation Safety Board to address safety failures. ‘You cannot keep things concealed in aviation,’ he said. But in healthcare, ‘They’re just gathering data points from patient complaints. And every data point is a damaged life or a death.’”

Author Joe Carlson reports that there is no outcry to force the Centers for Medicare and Medicaid Services (CMS) to shut off the spigot that delivers about $1 billion dollars in Medicare payments to the hospital (which CMS threatened). The article also reveals that, “A three-month Modern Healthcare analysis of hundreds of pages of federal inspection reports reveals the 1,268-bed hospital spent 19 months on “termination track” with Medicare between 2010 and 2013 as a result of more than a dozen inspections and follow-up visits triggered by patient complaints.” CMS has no power to impose fines on hospitals and The Joint Commission — the private sector organization that accredits hospitals in the US — has also failed to impose serious sanctions on hospitals that violate safety standards. Even though deaths from preventable errors are the third leading cause of death in the US – after heart disease and cancer — Congressional representatives who are fuming at the scandal in the VHA do hardly anything to protect patients from serious harm in our nation’s private, market-based healthcare system.

As Congressional critics of the VA turn their ire on President Obama contending that he should be held accountable for the problems of the VA (should he also resign?) there are no calls for legislation facilitating criminal prosecutions of corporate executives – whether in hospitals or auto companies — whose policies and practices result in consumer death and injury, or for changes in the kind of corporate culture that places profit over safety.

What happened at the VHA should not go unaddressed.  But there is another issue of wait times that also deserve conservative attention and ire. That is the fact that conservatives have themselves create never-ending wait times for people who could be getting healthcare under the Medicaid expansion in the Affordable Care Act, but cannot get insurance because Republican governors in over 20 states refuse to sign up to get federal funds? In post on the Washington Post blog Vox, Ezra Klein interviewed Phillip Longman, author of Best Care Anywhere,  a must read about about the VHA.  Klein’s question and Longman’s response eloquently articulates this double standard: EK: One thing that frustrates me a bit about this conversation is that there’s a selectivity to when people become outraged over access issues in health care. What’s happened in Phoenix is, if it holds together, a scandal. But we have millions of people who are eligible for federal Medicaid benefits but live in states that refuse to accept the Medicaid expansion. And a lot of those people, well over 40, will die or face serious medical consequences because they’re uninsured. And both before and after Obamacare there will still be millions of people who can’t afford health insurance and no one will make sure they get timely appointments and there’ll be no headlines when they suffer. PL: The VA puts ideological and political positions in play. People think it proves their worldview is right and other people’s worldview is wrong. And there are allegations of criminality. The lack of Medicaid coverage for huge portions of the population is horrible and it is, ultimately, a much bigger scandal, but it is not illegal.