It’s summer again and the newspaper book sections — the ones that are left that is — are full of summer reading lists.  So I want to offer a different version of the summer reading list than you will find in the pages of book reviews.  There will be no Scandanavian thrillers, no romances a la Jane Austen Book Club, and no heavy door stop biographies.  These are my classics — not written by me — that I recommend to anyone who is concerned about patient care and safety and who really wants to reform (as in re-form) the healthcare system.  The books that I will consider below do not  deal with healthcare specifically.  In fact, most don’t even mention it.  Their perspective on how power is exercised, how we look at and define expertise, and what we consider to be important or unimportant work, and how work is organized is, however, critical to anyone trying to understand why patients — and also those who work in the healthcare system — are not safe and what can be done about it. 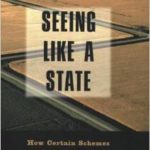 The first book on my list is a book by James C. Scott who is one of my intellectual heroes.  Scott has a very fancy title at a very fancy place.  He is Sterling Professor of Political Science and Anthropology at Yale University and has written a number of books on power and how it is wielded or resisted in a variety of different places and historical periods.  The book I want to recommend is his magnum opus  Seeing Like a State: How Certain Schemes to Improve the Human Condition Have Failed.  Scott’s analysis of how those in power often fail to appreciate or even see the contributions — or even recognize the existence of — those whom they consider to be “subordinate,” is essential to understand why top down efforts to make patients safety and reconfigure healthcare are doomed to failure.

Next in line comes Edwin Hutchins book Cognition in the Wild.  Hutchins is a cognitive anthropologist who spent a lot of time on an aircraft carrier studying how ships  navigate on the open sea.  He considers how people figure out where they are and where they are going on a complex vessel when they are navigating in a dynamic environment.  (Sound anything like healthcare?)  In the course of his study, he developed the idea of socially distributed cognition.  This is critical to teamwork, communication and patient safety.  As Hutchins describes it so well, “All divisions of labor, whether the labor is physical or cognitive in nature, require distributed cognition in order to coordinate the activities of the participants. Even a simple system of two men driving a spike with hammers requires some cognition on the part of each to coordinate his own activities with those of the other. When the labor that is distributed is cognitive labor, the system involves the distribution of two kinds of cognitive labor: the cognition that is the task and the cognition that governs the coordination of the elements of the task.”

Put in everyday language, what Hutchins is saying is that all the participants in a real team need to know how to do—and how to think about—their individual tasks. But they also need to think about how their tasks, knowledge of their tasks, and knowledge of the changing context in which those tasks are performed affect the activities of those with whom they are working—even if those people are not working right by their side at the moment.  Teamwork is not possible without the acknowledgment of distributed cognition.  Yet, in healthcare, too many people think that there is only one group of people who have any cognitive abilities at all — physicians.  This means that they ignore the knowledge and skill of people who are their “subordinates,” and thus may fail to heed their concerns, solicit their opinions, or consider what they need to do their work. 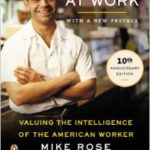 Another critical book, which explores the concerns articulated by Scott and Hutchins, is Mike Rose’s book The Mind at Work: Valuing the Intelligence of the American Worker.  Rose is an educator and scholar who writes about how people define knowledge and expertise.  His beautifully written book looks at the work of those we consider to be “mindless” workers — waitresses (his mother was a waitress) , plumbers, carpenters, welders and hair stylists.  His portraits of their amazing skill and knowledge debunks the myth that there is one group of “mindful” workers — professionals, like physicians, attorneys etc– and another group of mindless workers.  His portraits of people at work document that there is no such thing as mindless work.  All people who work are constantly making decisions, prioritizing, analyzing, strategizing and applying their intelligence to what they do.

Consider what Rose writes about his mother’s work as a waitress:

“My mother gets up slowly from the kitchen table and walks over to the sink where plates are drying on a rack. She demonstrates. She turns her right hand palm up, creating a wider surface on her forearm, and begins placing plates, large and small, from biceps to fingertips, layering them so that the bottom of one plate rests on the edge of another. “You don’t dare let a plate touch the food,” she explains, “and it’s got to be balanced, steady.” Then with her left hand, she lays out two coffee cups and two saucers. She kind of pinches the saucers between her fingers and slips her index finger through the handles of the two cups. “The coffee splashes from one side to another if you’re not careful. It takes practice. You just can’t do it all at one time.”

I ask her, then, how she learned to do it. Beginning with her own restaurant, “you watch the other waitresses, what they do.” She was “cautious” at first, starting with two plates, being deliberate. Then she began adding plates, responding to the demands of the faster pace of the restaurants in Los Angeles. “Norm’s was much busier. So you had to stack as many plates as you could.” And, with continued practice in these busy settings, you get to where “you don’t even have to think about it.” I’m struck by the similarity between my mother’s description and the studies I’ve read on the role of cognition in the development of athletic skill. My mother mixed observation and practice, got some pointers from coworkers, tricks of the trade, monitored her performance, and developed competence. As she achieved mastery, her mind was cleared for other tasks — such as remembering orders.”

Why is this book so critical to patient safety.  Because if we are to include the unusual suspects — non-professionals like nurses’ aides, housekeepers, transporters, unit clerks, as well as professionals who are considered to be lower on the totem pole than MDs –on the patient care team, then we have to recognize that they are actually thinking and apply knowledge and skill to their work.  Just because they have not gone to graduate school does not mean that they are know nothings.  These workers play a very critical role in healthcare.  As I always say, pity the poor patient who has a super brain surgeon but whose neuro-surgical nurse is overtaxed with too many patients or who is admitted to a unit where the housekeepers are not empowered to do the kind of thorough cleaning job necessary to make a room safe for patients.  Or think about what happens to a patient in an institution in which the clinical engineering staff that does preventive maintenance on all the hundreds of high tech devices in the hospital has been cut to save costs. 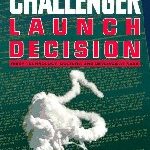 Then there is the wonderful book which elaborated the theory of the normalization of deviance The Challenger Launch Decision: Risky Technology, Culture, and Deviance by Diane Vaughn.  This book is a detailed exploration of the decision to launch the Space Shuttle Challenger on January 28, 1996.  As Vaughn explains the book’s goal, she writes that her analysis “explicates the sociology of mistake.  It shows how mistake, mishap, and disaster are socially organized and systematically produced by social structures.  No extraordinary actions by individuals explain what happened: no intentional managerial wrongdoing, no rule violations, no conspiratorcy.  The cause of disaster was a mistake embedded in the banality or organizational life and facilitated by an environment of scarcity and competition, elite bargaining, uncertain technology, incrementalism, patterns of information, routinization, organizational and interorganizational structures and complex culture….It describes how deviance in organizations is transformed into acceptable behavior.  It discloses how production pressures, originating in the environment, become institutionalized in organizations, having nuanced, unacknowledged, pervasive effects on decision making.”  Sound anything like healthcare? 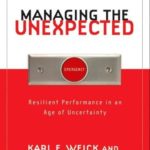 Last but certainly not least is the wonderful book on high reliability organizations Managing the Unexpected: Resilient Performance in an Age of Uncertainty by Karl E. Weick and Kathleen M. Sutcliffe.  This book is a must for anyone interested in patient safety.  It outlines the quintessential characteristics of what the authors term high reliability organizations or HROs.  As the authors put it, “This book is about organizations, expectations, and mindfulness.  Our basic message is that expectations can get you into trouble unless you create a mindful infrastructure that continually does all of the following: Tracks Small Failures; Resists Oversimplification; Remains sensitive to operations; Maintains capabilities for resilience; Takes advantage of shifting locations of expertise.”  To find out what they mean by this, if you don’t already know, read the book.

Have fun at the beach!!