What Is Team Intelligence? 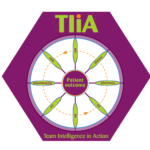 Any discussion of safety in high reliability industries will include the concept of “emotional intelligence” (EI). First articulated by psychologist Howard Gardner in his groundbreaking Frames of Mind and later popularized by author Daniel Goleman, EI has become such a popular concept that it now comes with its own set of constructs, promises, management tomes, scoring systems, and inventories (and, of course, critiques).  Indeed, EI has become one of the latest in a long line of mind-over-matter theories that have characterized the American idea of individual success.

As we have defined it, TI is the active capacity of individual members of a team to learn, teach, communicate, reason, and think together, irrespective of position in any hierarchy, in the service of realizing shared goals and a shared mission. TI has the following requisites:

In his work on aircraft carriers and aviation (in Cognition in the Wild), Hutchins lays out a theory of distributed cognition that is crucial to our understanding of CRM—and by extension ?what it will take to create true teams in health care: ?All divisions of labor, whether the labor is physical or cognitive in nature, require distributed cognition in order to coordinate the activities of the participants. Even a simple system of two men driving a spike with hammers requires some cognition on the part of each to coordinate his own activities with those of the other. When the labor that is distributed is cognitive labor, the system involves the distribution of two kinds of cognitive labor: the cognition that is the task and the cognition that governs the coordination of the elements of the task.14 ?Put in everyday language, what Hutchins is saying is that all the participants in a real team need to know how to do—and how to think about—their individual tasks. But they also need to think about how their tasks, knowledge of their tasks, and knowledge of the changing context in which those tasks are performed affect the activities of those with whom they are working—even if those people are not working right by their side at the moment. ?Distributed cognition is much too complex a phenomenon to elaborate on in this short discussion, but one of its fundamental elements is the recognition that the people on your team are in fact thinking about their work and not just doing mindless work. On the aircraft carrier that Hutchins describes, those involved in the crucial activity of navigation—the constant effort to figure out where one is and where one is going—combine different “sources of data that are reasonably independent.” One crew member plots by means of visual bearings, another by means of radar, another by means of ocean depth. Each crew member, however, values the information gathered by the other—a fact that affords the team as a whole “the opportunity for the detection of error through the comparison of independently [calculated] representations.” That is, one crew member does not dis- miss the other’s data and concerns because that crew member is lower in status or acquired his information through direct observation rather than through “objective measures.”

A Danish nurse once told Suzanne about a lecture she’d attended given by a military general to a group of health care professionals: The general told the group that when an army is in battle and a private says, “‘Stop! There’s a mine,’ we don’t say, ‘No, we won’t stop because the person providing this information is just a private.’ We all stop. You in health care,” he told the audience, “are [also] on a battlefield, but when the equivalent of a private—say a nurse—tells a surgeon to stop, you don’t ignore the directive because that person giving it is ‘just a nurse.’ ” The point? In the army everyone implicitly if not explicitly recognizes the concept of distributed cognition and acts accordingly. Meanwhile, in health care, concerns about status often lead people to devalue the important information those of lower status actually have. Healthcare will never be safe until those who work in the system learn Team Intelligence and how to acknowledge the social distribution of cognition.  More on this later!