Paternalism vs Patient Autonomy: What's Wrong with this Formulation 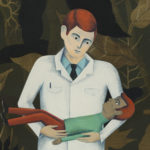 In a Sunday New York Times Week in Review opinion piece internist Sandeep Jauhar poses the dilemma that occurs, in his mind at least, of what happens “When Doctors Need to Lie.” (my italics)  In it he discusses the virtues of medical paternalism, which he believes, is necessary in certain instances, which he goes on to describe.  Jauhar discusses the case of Jamaican patient who needed a heart transplant.  The patient’s father insisted his son could not tolerate learning of his diagnosis and treatment recommendation and begged him to simply tell his son that all would be well if he did what the doctor recommended.  Jauhar uses this incident to argue that medical paternalism is necessary and that despite our concern for patient autonomy, “there is still a place for old-fashioned paternalism in medicine.”

Jauhar attributes his actions to the injunction to First Do No Harm, articulated by the Greek physician Hippocrates who lived between 460-370BCE.  As he puts it, “Doctors sometimes have to know how to keep secrets.

The moral basis for withholding information from such a patient is clear: Above all, physicians must do no harm. The underlying philosophy is paternalism. Paternalism derives from the image of the paternal figure, the father, in a family. The father is motivated by an interest in his children’s welfare. He acts on their behalf, but not at their behest. The beneficiaries — his children — may even repudiate the actions taken on their behalf.”

The notion that doing no harm is rooted in paternalistic attitudes is, however, as deeply flawed as it is disturbing.   In the contemporary world, as opposed to the world of the ancient Greeks –it is absolutely ludicrous.  What it highlights is some physicians’ desire to remain on a pedestal, and to continue to frame patients as immature, foolish children who must depend on the wisdom of the all-knowing father who is somehow infallible.  Statistics on the harm that physicians and the health care system as a whole causes patients makes a mockery of this notion.   So do recent studies that document just how much harm patients incur when they unquestioningly follow the “orders” of physicians who recommend unnecessary CT scans, unnecessary mammograms, back surgeries, or may not protest when hospital systems encourage them to admit patients who don’t need hospital care.

The fact is our physicians are not our fathers and unless their patients are children they should not treat them like children.  To continue to use this framing of the medical encounter and the doctor-patient relationship will restrict the imagination of physicians like Jauhar who cannot seem to conceive of a different kind of conversation when confronted by patients who do not seem able to take in what they have to report.  Reading Jauhar’s account of the conversation he had with his Jamaican patient, I was struck by the fact that the good doctor did not seem to know much about motivational interviewing or other systems that teach helpers how to really help in complex situations.  One wishes Jauhar had read Edgar Schein’s book Helping, or Richard Schwartz’s work on Internal Family Systems Therapy or the various texts on motivational interviewing – all of which might have helped him have a very different conversation with his patient.

What is worrisome is that physicians read this kind of article in a prestigious paper like the New York Times and think that lying to patients is justified and that in doing so they are in fact not doing harm.  Fortunately, many of the patients – and some physicians – who wrote in to comment on the piece disagreed.  Sadly, one doubts that Jauhar will learn much from their comments.