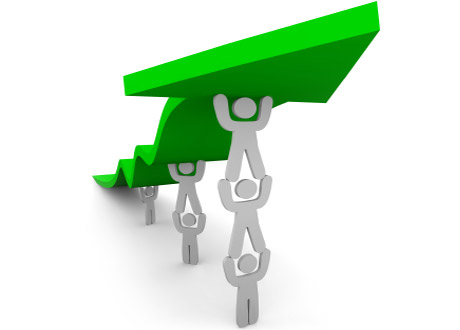 I’ve been writing about teamwork for years but constantly learn more about what it means to be a team leader and member every day. A couple of months ago, I had an epiphany about what it really means to work on a team with someone else.  Could be just one person.  Could be five, could be more.  What I learned was what it means to help, to be helpful, to do something not because you need it but because your teammate does.

I have been very attracted to the concept of helping as teamwork ever since I read Edgar Schein’s short book Helping.  In it Schein says the following: “We do not typically think of an effective team as being a group of people who really know how to help each other in the performance of a task, yet that is precisely what good teamwork is –successful reciprocal help.”[i]

Somehow this concept of helping seems to elude most of us.  Just as it too often eluded me.  Think of the times a nurse will ask a doctor to come to the bedside and be blown off.  Or will make a suggestion or state a concern to find not only that no one is listening but that she or he is dismissed or even dissed.  Think of someone working in an office, who notices something and tries to tell a boss, a co-worker that something might be wrong, needed, ignored.  It happens everyday.  Someone asks for help and doesn’t get it or gets humiliated or even abused for their trouble.  People who work with one another  are constantly asking for help — help me fix this, figure out what to do about this, strategize about this, notice this, feel comfortable about doing this – from those they work with. They are asking for the two or four or eight or ten minds that are often better than one.

Studies on negotiation and conflict resolution tell us that when you ask for help – straight out as in “can you help me?”, it’s hard for people to refuse (unless, of course, you’re dealing with a sociopath, to whom a request for help is an irritant of the highest order). So why do so many people fail to get the help they need from people, particularly when they are working on something that people call a “team?”  I think one of the reasons is that people so associate asking for help with weakness (as I am no good, not smart enough, not quick enough, not ….enough) that they don’t couch their request for help as a request for help. This means that all too often people frame what is really a request for help as a challenge, or even an attack (does this come from previous attempts to get help, notice, attention that have been rebuffed?). Or perhaps the request for help is delivered in such a hint or hope style (maybe there might be something wrong, maybe perhaps?????) that it’s not recognized as a plea or request for help.

Sometimes the problem isn’t on the asking end, but the receiving end.  The person who is being asked for help, is more concerned with their status and authority than their duty to help – whoever is on the team (co-worker, assistant, partner, colleague, client, patient, customer).  So helping themselves feel valued becomes a barrier to helping someone with whom they are working. The complexities here are endless but the issue remains the same.  Help is being requested, and the duty of the team member is to provide it because that’s what being a team member or leader or teammate demands.  It’s about helping someone who needs help because the team can’t function and do its work if its members are uncomfortable, unclear, lack confidence, don’t know what’s expected of them, are unsure of the goal or fail share the same assumptions, definitions, expectations etc.

I always figured I was a really helpful person.  A helpful mom, wife, friend, team mate, colleague….So what finally happened to disabuse me of this notion or at least reflect on my own failure to both emotionally and intellectually understand the helping aspect of teamwork?

I was working with my teammate Patrick Mendenhall, the pilot with whom I co-authored Beyond the Checklist: What Else Health Care Can Learn from Aviation Teamwork and Safety.  Patrick and I have been working together for almost six years and have developed what we both consider to be great team practices.  This might seem to the outsider quite a feat because we couldn’t be more different.  Patrick is an engineer, a pilot, a left brain guy who is very well organized, has tons of lists, and likes to rehearse a lecture, writing out a new powerpoint for each presentation we do, and going over the timing of our different contributions and interventions.  He likes a script and he likes to go over it.

I like to be spontaneous.  I rarely make lists but carry it all in my head.  Of course, I prepare when I give a lecture, I want to know who’s going to say what and when, but if we’ve done it many times to  different audiences, I figure  we don’t need to go over what I often consider to be the same ground every time we do our act together.  So, in the past, until my ah ha moment that is, I secretly felt a little irritated and impatient when Patrick would request that we spend a half hour before the event going over the script.  “Do we really, really need to do this,” I would think, but not say (hopefully, he would be too left brain to ferret it out).  I would acquiesce but without enthusiasm and go through the motions.  I perceived all this to be about his needs not mine.  And those needs  were (I hate to admit this, particularly in public) a bit of an inconvenience which I wish I could somehow have blown off.

But the last time we presented a talk together and rehearsed, it finally occurred to me.  The issue isn’t Patrick.  It’s not a he thing.  The issue is us – a we thing.  Patrick was asking for help – help getting the rhythm down, managing the pacing, feeling comfortable with the material before getting up and doing a presentation.  I might not have any need to do this, but my responsibility as a team member (not to mention friend and colleague) was to provide the help – not grudgingly – but willingly.  This was not all about him. It was all about us.  We are a team.  We present together. If he doesn’t feel comfortable, if he needs something then I have to provide it because that’s what it means to be on a team – you give your team mate your help.  You may think it’s ridiculous.  You may scratch your idea about why he/she/they don’t get it, aren’t quick enough, don’t know what you know etc. ad infinitum.  But all that is totally irrelevant.  It’s not about you.  It’s about them and the team that the two or more of you comprise.  Obviously there are limits to this.  If a teammate wants to go over things for hours and hours.  If there is a crisis and you have to act.  But this wasn’t the issue here and it often isn’t the issue in other instances where people are asking for help and not getting it.

The point is that you form a team because you can’t get the job done by yourself and because the whole is greater than the sum of its parts.  This means that people on the team are different, not the same, which is why you have the team in the first place. (If I were an airline pilot, I wouldn’t have needed the help of an airline pilot to write a book about aviation safety and healthcare.  If Patrick were in healthcare he wouldn’t have needed me and my co-author Bonnie O’Connor to write a book about aviation and healthcare).  Yet, in our haste or self-centeredness, or for whatever other reason we are constantly at risk of forgetting that the whole point of a team is that people have different abilities and bring different skills, experiences, and expertise to the table.  (This is why no manager should ever berate an older, more experienced employee or team mate for not being as quick as younger team members, like on computers and with texting.  It’s why no one should ever tell someone else – well Joan/John can do it, why can’t you?  If you want a whole bunch of Joans or Johns you should try cloning or maybe hiring virtual/avatar employees).

So what is the take home message here?  Team intelligence means asking directly for help when you need it, and responding directly with help when someone requests it.  At times, it may mean being able to decode a request for help that is delivered in a haze of fabrication or even irritation.  At others it may mean fighting against your own reluctance to say “hey, help me out here.”

So I have learned my lesson.  Of course.  At least for now.  Until I have to remind myself the next time.