Position Paper of 9 Organizations on Commission on Care Report 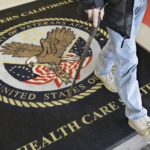 Nine organizations — including unions, associations of clinicians, and others — have issued an important position statement on the proposed VHA Care System.  Please read and share.

On June 30, 2016, the Commission on Care submitted its Final Report required by the Veterans Access, Choice, and Accountability Act of 2014.

As organizations comprised of and representing health care practitioners, researchers, educators, administrators and personnel devoted to serving Veterans, we have serious reservations about the report’s major recommendation to replace the current VHA with a new entity, to be known as the VHA Care System. In the proposed VHA Care System, Veterans would be permitted to receive care from any local facility or provider who has been credentialed by VHA. Oversight for Veterans’ health care would be handed over to a newly created, external governance board.

According to the Commissions’ charter, “final recommendations will be data driven.” As we demonstrate below, the recommendation to establish a new VHA Care System is at odds with compelling evidence of the VHA’s current effectiveness.

The proposed VHA Care System disassembles one of the most effective, innovative features of current VHA care – the Primary Care/Mental Health Integration approach. The Final Report concedes that such integration is largely missing in the community (p.22). Also absent in private sector healthcare are the integrated, wrap around services the VA offers though financial, educational, housing, caregiver and employment support.

The Final Report recognizes that VHA provides better coordinated care. “Veterans who receive health care exclusively through VHA generally receive well- coordinated care, yet care is often highly fragmented among those combining VHA care with care secured through private health plans, Medicare, and TRICARE. This fragmentation often results in lower quality, threatens patient safety, and shifts cost among payers” (page 28). It is the VHA, not the disjointed, larger non-VA system, which is the true provider of Veteran-centric community care.

The Final Report anticipates that 60 percent of eligible care will shift from VHA facilities to outside networks (p.31). The net result will reduce, not expand, Veterans’ choices, since to pay for this shift, a VHA Care System will incrementally downsize the number of VHA providers and programs. The VHA system would be weakened.

The Final Report estimates the cost of creating and implementing a new VHA Care System to range from $65 billion to $85 billion in 2019, with a middle estimate of $76 billion (p. 32). That’s $11 billion more than the FY 2017 VHA medical care budget. If Congress saw fit to fund billions more yearly, there are better ways to strengthen the VHA, starting with expanded hiring at VA facilities where demand for services exceeds available staffing. But if Congress did not, the Final Report suggests that the expensive VHA Care System could offset costs by decreasing the number of Veterans eligible for VA health care, cutting services, or increasing Veterans’ out-of-pocket expenses. In any of those scenarios, Veterans are worse off.

In sum, given the evidence of overall quality, efficiency, integration and innovation within the VHA, we believe that efforts to reform the VHA can best serve Veterans by expanding access to services the VHA currently provides. Where geographic challenges exist and/or VHA does not offer specific services, the VHA should purchase services from non-VA partners.

Any proposed transformation of the VA healthcare system should be data driven. Don’t risk our Veterans’ healthcare on unproven ideas. We must preserve and strengthen the VHA integrated health care community that Veterans deserve and overwhelmingly prefer.

BMJ Post Sitting at the Table or NotHealth Care, Uncategorized
My OpEd in the San Francisco ExaminerUncategorized