Just wanted to let you know that my article and blogpost on the VHA in The American Prospect has prompted a response from Congressman Jeff Miller, Chairman of the House Veteran’s Affairs Committee.  Here is the article that reported on that in Government Executive. 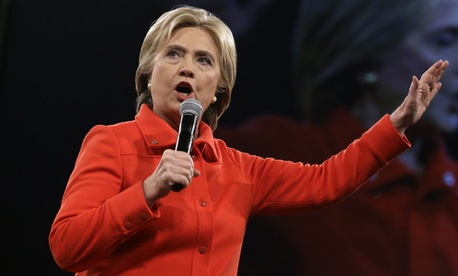 Democratic presidential candidate Hillary Clinton said VA’s problems are not as widespread as they might appear. Charlie Neibergall / AP

Though the Veterans Affairs Department indeed has its struggles, its problems with misreported patient wait times and construction overruns have “not been as widespread as [they have] been made out to be.”

Surveys have shown that veterans report high-quality treatment from VA hospitals, Clinton noted, according to reporting from The Hill. “Now nobody would believe that from the coverage you see, and the constant berating of the VA that comes from the Republicans, in – in part in pursuit of this ideological agenda that they have,” she said. “They try to create a downward spiral, don’t fund it to the extent that it needs to be funded, because they want it to fail, so then we can argue for privatization.”

Clinton’s comments came soon after the left-leaning magazine American Prospect published a feature in its fall issue praising medical care provided by the Veterans Health Administration. “Despite the fact that the VHA serves an expensive and challenging population, it does so at far lower cost than the private sector would charge for comparable services,” wrote health care journalist Suzanne Gordon in a piece titled “Unfriendly Fire: Despite Ideological Attacks and Under-Funding, the Veterans Health Administration Is a Model Public System.”

“Long before the cost-effectiveness of palliative and hospice care was better recognized elsewhere, the VHA was providing some of the best services in the country to people with advanced and terminal illnesses,” American Prospect wrote. “The VHA is also the pace-setter in diagnosing new understanding of traumatic brain injury and chronic traumatic encephalopathy.”

Such positive accomplishments have been mentioned frequently by VA leaders, among them Deputy Secretary Sloan Gibson.

Clinton’s comments on Monday drew a rebuttal from Rep. Jeff Miller, R-Fla., chairman of the House Veterans Affairs’ Committee. “Whether it’s continued delays in veterans’ medical care, the blatant waste of billions of taxpayer dollars or a rampant lack of accountability throughout every corner of the organization, there is simply no denying that the problems at the Department of Veterans Affairs are indeed widespread,” Miller said. “Anyone who would claim the opposite simply isn’t paying attention.”

He added: “The VA scandal was caused by dishonest bureaucrats who chose to whitewash the department’s problems rather than solve them. Those who repeat that same shameful pattern of behavior are only shortchanging veterans while giving failed VA bureaucrats cover for continued malfeasance. The only way to reform VA into an organization truly worthy of the veterans it is charged with serving is to acknowledge the department’s challenges and tackle them head on. Downplaying VA’s problems or denying they exist will only lead to more scandal.”