It Could Be a Happier Veterans Day

This was just published in the Boston Globe 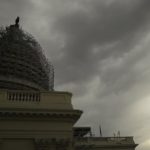 Guarantee Veterans the benefits they deserve

This Veterans Day, members of Congress will make the usual speeches honoring former service members. But behind this patriotic rhetoric, Republicans on Capitol Hill (with the help of some Democrats) are working to privatize the Veterans Health Administration — undermining, rather than strengthening, veterans health care. Congress has also failed to expand VHA coverage to 300,000 or more US veterans.

Many of these vets suffer from mental or physical illnesses arising from their military service. Some are homeless. Yet they are ineligible for VHA benefits because, when they separated from military service, the Department of Defense assigned them a “discharge characterization” that may exclude them from access to the excellent mental health care, primary or specialty health care, or homeless resources the VHA offers.

In civilian life, a worker who makes a mistake on the job and gets fired doesn’t lose eligibility for workers compensation benefits or health care granted to victims of job-related illnesses or injuries. Coverage continues despite changes in employment status. This is not how it works in the military, where the kind of discharge characterization can be used to deny veterans any VA benefits at all.

The discharge characterizations range from “honorable” to the punitive “dishonorable,” which can encompass severe crimes as well as bad conduct that is serious but not enough to require a court martial. These automatically disqualify someone from getting VA benefits. In the middle spectrum are administrative, nonpunitive discharges given to people who have had some performance and/or disciplinary problems not considered to be serious enough to deserve a court martial. These are commonly “Other Than Honorable” discharges. A person may have been drunk, tested positive for drug use, or had fights.

Veterans advocacy groups and attorneys who work on veterans benefits have identified significant problems with the military’s assignment of discharge character. Swords into Ploughshares, a San Francisco-based advocacy group, explains that the exact same conduct can result in a different type of discharge in different branches of the service. An airman testing positive for a drugs might get sent to rehab, complete the program, and get an honorable discharge. A Marine Corps commander with a zero tolerance policy may just boot the Marine out.
View Story
Editorial: Fighting the ‘after-war’

The Army’s first priority should be to help soldiers who have served in combat, not get rid of those suffering with PTSD and related issues.

Commanders may also fail to consider why someone presented a discipline problem. Did the veteran have service-related PTSD or another mental health problem? Was he or she in combat? Where? For how long? Was the female veteran a victim of military sexual trauma who drank because of the abuse? Did a woman report harassment or rape by a senior officer and get kicked out of the service on trumped up charges?

Because of their discharge characterization, more than 8,000 veterans a year are denied services that they may desperately need. Although they can appeal for a discharge upgrade from the Department of Defense, these appeals are rarely granted. The process of review at the VA is also too cumbersome. While both the DOD and VA are aware of the problem and are trying to address it, Congress is ultimately responsible for the complex set of eligibility requirements and discharge characterizations that unfairly limit veteran access to health care and other benefits. Congress could remedy the problem by enacting legislation that directs that the VA deny eligibility for VA services only to those with punitive discharges and provide the funding to care for them. This would automatically expand eligibility to those with Other Than Honorable discharges. If the self-proclaimed friends of all veterans on Capitol Hill really want to help them, they should stop trying to privatize the VHA and start trying to expand its services to all who need them.

Suzanne Gordon, is author of “Beyond the Checklist: What Else Health Care Can Learn from Aviation Safety and Teamwork.”