Another Story of Silencing in Medicine 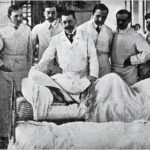 Another dispatch from the front lines of patient safety. Several weeks ago, I spoke at a teaching hospital about the difficulties that medical staff encounter when they try to protect patients. I encouraged medical staff to speak up to protect patients, while acknowledging that the environment in which they practice does not – in spite of all protestations to the contrary –encourage such action. After the lecture was over, a striking young woman in her mid-twenties approached me. She asked if she could talk to me to tell me a story about which, she confessed, she feels totally ashamed. Of course, I said. (She asked me not to identify her, or her school, or even the region of the country where she is studying. For the purposes of this blog post, I am going to call her “Carla,” although that is not her name.)

“Carla” explained that she is a fourth year medical student and was, at the time of this incident, a third year student. She was going into her first clinical rotation, which just happened to be in surgery. She and a team of interns, a resident and senior resident and an attending were going to round on a man who had just had surgery. The nurses had just put him in a lift and positioned him over a bedpan when they entered the room. Minus the attending, who was catching up with them, the “team” – in this case meaning physicians or physicians-in-training only – pre-rounded on the patient and asked him questions about his wound and his pain following surgery. They got their answers as two nurses were positioned at either side of his bed maintaining his position with the lift.

After the “team” questioned the man, the attending finally caught up with the group. He began teaching about the patient and asking the same questions the students and residents had already asked. During this time, the man –who was positioned over a bedpan for a good reason – defecated into the bedpan. As the young woman explained, “we all heard it, smelled it, and saw it but no one did anything. The attending continued with his comments, and questions as if nothing had happened. The nurses didn’t stop the rounds. No one did. I certainly didn’t, although I feel ashamed to this day that I did nothing to stop the dehumanization of the patient. I felt like I couldn’t do anything. Neither the attending nor the senior resident even acknowledged that this was happening.   They kept talking about the patient in front of the patient who had just defecated and was probably mortified. “

When I asked “Carla” what she wished she could have done, she said that she wished she had the courage to say,” excuse me, I don’t think this is a good time, let’s go and see someone else and come back. We had lots of patients to round on. He wasn’t the only one.” Instead, she feels saddened to this day that she did nothing.“Carla” told me that this same surgeon had asked her a question in the OR. It was a pimping question, she said, referring to the well accepted practice in which an attending physician asks a student or resident a question they can’t possibly answer. When she replied, “it depends,” he said, “that’s a good answer. No one has ever replied that way,” but then added, “that’s a pretty female answer isn’t it?

Although “Carla” would have liked to report the surgeon’s comment and actions around the poor dehumanized patient, she has not done so.   “We are always told we should bring up any issues that bother us to a professor or dean or whatever. There is no way, I would ever have told anyone in authority about this incident or the comment the same surgeon made in the OR. This grade in surgery really matters.”

“Carla” explained that she and other students are way too concerned about retaliation to give the kind of feedback they are told is welcome. They feel that the medical school only gives lip service to the idea of candid feedback but is not really serious about it. She said that the students are way too concerned about letters written by evaluating preceptors in which they might be called a “loud mouth,” or “outspoken,” and that this could have an impact on their ability to get a good residency.

“Carla” told me that students are asked to anonymously evaluate their preceptors and professors but they are wary of doing this even though they are assured that all this will be anonymous. “People are smart. They can trace things back. If I put anything about the incident with the man and the bedpan, anyone could have figured out whom I was talking about,” she said. “I also think you have to be very careful because you have two surgical rotations and there is a chance I could have that same preceptor twice.”

She told me about another incident that had happened during her surgical training. What she described as an “very old school surgeon” made rude comments to the scrub tech who was in training. The surgeon’s sole mission was to complete his surgery as quickly as possible. ”He finished an hour ahead of schedule – which is very uncommon – all because he had minimal regard for the learners working with him. When my resident tried to show me a new suturing technique, he snapped his fingers rudely and said, “hurry up, let’s go! Even my resident said that surgeon was a jerk,” Carla told me.

When I asked “Carla,” why she thinks the nurses and attending acted the way they did in front of the patient who was on the bedpan, she reflected and then commented that, “ From my perspective, the nurses are stuck in routines. They were afraid to say anything. I don’t know what the attending was thinking. Was in just in a hurry? Did he have another surgery to rush to? I don’t know. At the end of the day though, I have no control over these people and I can only control my own behavior. All I know is that I still feel ashamed of this incident. I am not a passive person. When I see injustice I always speak out. But I have not been told or given any instruction in how to deal with or negotiate the power dynamics I come across constantly in this environment.”

“Carla” explained that medical students have instruction in how to communicate with patients and a class in principles of clinical medicine where they are taught about things like social media and what to do if a patient friends them on Facebook. The university and hospital medical center are also working a lot on interprofessional education and practice. This does not include, she emphasized, anything helpful on the kind of power dynamics mentioned above.

“Carla” said that, in the majority of her time at this medical school, she has had very good experiences. Her preceptors have, in general, made positive comments about the fact that she “advocates for patients,” and “genuinely cares” about her patients.

The problem is that people are afraid to speak up. “They say that you should say things when you see something wrong,” she says. Then she adds that,” the thing is you are dealing with diverse people in diverse cultures and subcultures. Surgery is very hierarchical. If the director of the clerkship tells you you have to speak up, that’s just lip service unless it’s the guy who’s evaluating you who says “ I want to hear that from you.”
Right now, “Carla” and I agree, the consensus – the narrative if you will — in surgery and some other rotations is, you speak up at your peril. When I ask “Carla” if it would help to hear stories and examples of students or trainees being supported by high level players when they did speak up in a constructive way, she answered,” yes,” but with one important qualification. “These examples would only help if they came from the specialty in which I was training. In other words, if you learned that people in pediatrics or family medicine were supportive of speaking up, that wouldn’t encourage me to speak up in surgery. We have to have examples of support in each subculture.”