Nurse Speaks Out About Ebola: Reward Her

This piece just appeared in Beyond Chron 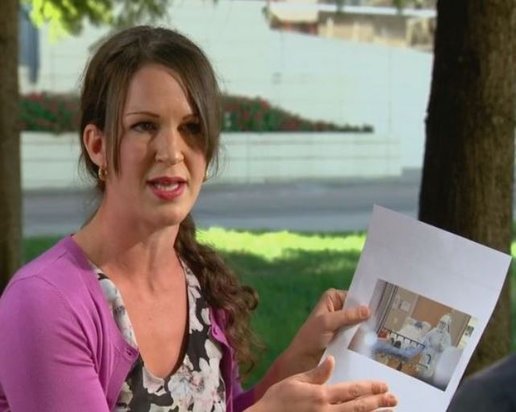 On Friday October 17, The New York Times ran a story entitled “Controls Poor at Hospital, Nurse Says.”  It featured comments by a nurse at Texas Health Presbyterian Hospital in Dallas, the hospital that is now ground zero of concern about the management of Ebola in the US.  Registered nurse Briana Aguirre has spoken to the press about her concerns about how hospitals are managing Ebola.  To both print and TV media, Aguirre expressed dismay at the hospital’s failure to provide caregivers with protective gear and the training to use it.

This case is a real test of American healthcare’s commitment to patient safety.  The issue isn’t only whether hospitals will supply nurses and other healthcare workers with adequate protective gear as the National Nurses United (NNU), nurses’ union has called for.  The real test is how Texas Health Presbyterian  responds to the fact that Aguirre went public with her concerns.

Call her a whistleblower if you like. What Aguirre is doing is what all those who work in healthcare must have the freedom to do — speak openly about dangers to patients and themselves without fear of retribution.  News headlines have trumpeted that Aguirre is “risking her career” by speaking up.

That should not be the case.  Nurses, physicians, and all other healthcare workers — no matter at what level of the hierarchy — should be free to express their concerns without worrying about “ending their careers.”  This is the only way institutions will learn from their mistakes.

Sadly, in the US, healthcare executives and managers too often give only lip service to the idea that we should end healthcare’s culture of shame and blame and actually support workers who raise critical and inconvenient truths. Many hospital managers don’t support staff who speak up.  A 2007 study by prominent University of Pennsylvania nursing workforce researchers Linda Flynn and Linda Aiken of RNs in private sector hospitals in New Jersey found that 42 percent of those surveyed felt their managers would not back them up if they got into a disagreement or conflict with physicians, even if they were right; 43 percent believe their supervisors lacked the skills to manage competently.

Such unresponsiveness often reflects the way hospital managers are themselves managed by higher- level executives.  In their performance evaluations, these supervisors are rewarded when staff on their units file fewer “incident reports” –written documentation of problems, mistakes, or near misses that need to be corrected or avoided.

Their bonuses and even continued employment is too often dependent on keeping the lid on complaints, or sloughing them off as unreasonable.  While hospitals, like all employers, claim to have an “open door” policy, what I’ve seen in many managers’ offices are admonitions to remain silent in the form of traffic sign-inspired posters declaring that I was entering a “whining free zone.”

A group of prominent healthcare experts and management consultants associated with the Lucian Leape Institute, at the National Patient Safety foundation, issued a report in 2013 condemning the “emotional abuse, bullying, and even threats of physical assault and learning by humiliation [that] are all often accepted as ‘normal’ conditions of the healthcare workplace.”

Their study, entitled “Through the Eyes of the Workforce,” argues that hospital “management practices, expectations, and resource limitations create conditions with major downstream impacts on patient safety, worker safety, and the community.”

Because patient safety experts recognize that the default position in most healthcare institutions is discipline and punish, many are trying to introduce concepts of what is known as  “Just Culture” in the nation’s hospitals.  Just Culture programs, adopted by a handful of enlightened hospital administrators, are trying to create the kind of  “psychological safety” that will encourage workers at any level to raise critical issues or challenge those in higher- level positions without fear of humiliation, reprisal, or firing.

The goal in healthcare should be to allow concerned health care workers – whether physician, nurse,  or housekeeper – to identify critical problems that beg to be addressed and act as “problem solvers,” rather than “whistleblowers.” Briana Aguirre should be our first national test of this.

The British National Health Service, which has learned some lessons from a number of bruising scandals, has begun to publicly recognize and reward those in healthcare who draw attention to serious problems.  It is recognizing healthcare whistleblowers through the Prime Minister’s New Years Honours List.

We need to do the same.  When Aguirre gets out of isolation perhaps President Obama invite her to the White House to thank her for her courage and willingness to risk her career to protect the public.