Jasper Craven and I just published this article in The American Prospect.

How inaction, incompetence, and political aggression inflicted upon the VA an unprecedented vacancy crisis ahead of a global health pandemic

On a wet and dreary afternoon in mid-February, Mick Cole and a half-dozen other members of the Veterans for Peace–backed “Save Our VA” campaign climbed the steps of the Capitol to meet with U.S. Rep. Mark Takano, the Democratic chair of the House Committee on Veterans’ Affairs. They were there to laud the care they’ve received from the Veterans Health Administration (VHA) and warn that massive staffing shortages were putting their health at risk.

From 1965 to 1969, Cole flew bombing missions over Vietnam as an airborne voice intercept operator in the Air Force. Having learned Vietnamese, Cole’s job was to monitor the communication of the North Vietnamese air force and provide real-time intelligence to American pilots. Because of his combat duties, Cole eventually lost hearing in one ear. He also had several prostate operations, likely related to Agent Orange exposure.

Yet his most debilitating problem is post-traumatic stress disorder (PTSD), a condition made worse by his unique military role, in which he experienced the battle from both sides. “When I was monitoring the Vietnamese pilots and one of them got shot down I could hear the anguish in their voices,” he recently recalled. “They were just like us.”

After he left the Air Force, Cole spent years self-medicating with alcohol. “Finally, 15 years ago someone convinced me to go to the VA,” he told Takano. “If it weren’t for my weekly therapy groups, I wouldn’t be here today.”

But now, Cole continued, the department’s staffing crisis, in which tens of thousands of positions are unfilled, is compromising the high-quality care he has received for years. His local VA facilities, in upstate New York near the Finger Lakes, are now sagging under 235 vacancies.

“My psychiatrist left to go into private practice and hasn’t been permanently replaced,” he said. “So every time I have to go get checked up on, I have to tell my story to someone new; it is very painful to relive that trauma over and over again.” Cole added that the psychologist who runs his weekly group therapy sessions is overburdened and struggles to schedule timely individual appointments with veterans in crisis. 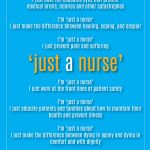 Why Does It Take a Pandemic to Recognize Nurses?Health Care, Uncategorized