Why Is Secretary Shulkin’s New Book on VA Excellence Such a Secret?

In January of this year, President Trump surprisingly named Dr. David Shulkin, a rare Obama administration holdover, to be secretary of Veterans Affairs. He ordered Shulkin to improve medical treatment for veterans, which Trump called “horrible, horrible, and unfair” during the Obama years.

On May 31, Shulkin trooped over to the White House to deliver his first “State of VA” address since his promotion to head the agency. Shulkin likened his agency “to a patient in bad, but improving, health…We are still in critical condition and require intensive care.” He pledged to tackle some of the agency’s pressing issues, such as the backlog of 90,000 disability claims, and the persistent problem of veteran suicides, which is estimated at 20 per day. Secretary Shulkin rated the performance of 14 out of 168 veterans hospitals as less than acceptable, and noted that Veteran Health Administration (VHA) infrastructure was “increasingly falling into disrepair.”

Yet, what went unmentioned at Shulkin’s White House briefing—or anywhere else apparently—was the findings of a book, published a month later, by the VA itself. Titled Best Care Everywhere, and co-edited by Shulkin, this 440-page compilation of clinical case studies hails the VHA’s little-publicized role as an incubator for “real change” in treatment methods. READ MORE 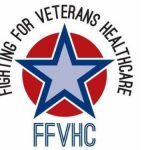 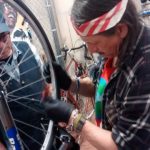 Need a Bike and You’re Homeless? Check out the VA.Uncategorized