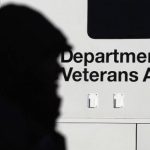 ?In a very well-intentioned but misguided attempt to serve the nation’s veterans, Rep. Dave Loebsack (D-Iowa) has introduced a bill called the Never Again Act that could seriously compromise the health of the veterans he is trying to protect. Loebsack’s bill, H.R. 6108 would allow any veteran who asks for it to be automatically admitted to an inpatient psychiatric unit at a Veterans Health Administration Hospital, even if clinicians determine that the admission is unwarranted. If VHA inpatient psych beds are full, veterans would be admitted to a private or public sector psychiatric hospital, with the VHA paying the bill.