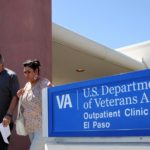 When the House Veterans Affairs Committee holds a hearing on September 7 to assess the future of the Veterans Health Administration, federal lawmakers would do well to consider recent reports that challenge the continual drumbeat of negative and often unfair coverage and congressional criticism of the VHA.

One report, from the RAND Corporation, said that while there were differences in care and leadership culture across the system, researchers “did not find evidence of a system-wide crisis in access to VA care.” In fact, the report identified congressional policies as one of the main barriers to VHA improvements (despite the Veteran Affairs Committee Chairman Jeff Miller’s apparent belief that firing VHA leaders is the solution to any access problems). The report noted that “inflexibility in budgeting stem[med] from the congressional appropriation processes,” and concluded that the hastily designed and implemented Veterans Choice Program, “further complicated the situation and resulted in confusion among veterans, VA employees, and non-VA providers.”

Though it received no media attention, another positive report on the VHA came this month from the Joint Commission, the independent nonprofit that accredits U.S. hospitals and health-care organizations. After surveying the VHA between 2014 and 2015, the commission found improvements in access, timeliness, and coordination of care, as well as in leadership, safety, staffing, and competency.  Read More.

My OpEd in the San Francisco ExaminerUncategorized
Finally UN Admits – Sort of — To Role in Haiti Cholera EpidemicHealth Care, Uncategorized