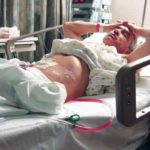 Air Force Colonel David Antoon wrote this in response to an attack on Nurse Practitioners mounted by a physician at the Cleveland Clinic.  That attack appeared in the following article, very erroneously titled “At a VA hospital, the nurse might see you now — and boy, is the doctor displeased.”  Colonel Antoon was the one who blew the whistle on patient safety at the Cleveland Clinic.  The article in which the attack appeared was in response to a recommendation by the final report on the VA Commission on Care asking the VA to make better use of nurse practitioners.  The VA is the largest employer of nurses in the US and already hires thousands of nurse practitioners.  To see my report on the Commission report check out The American Prospect.

After suffering devastating surgical injuries at the Cleveland Clinic, performed by doctors in training in violation of my written consent (destroyed by the Clinic), and in the absence of the attending staff surgeon, I filed complaints with CMS which led to scores of violations of the Cleveland Clinic. (Google “Modern Healthcare Cleveland Clinic”) (Please note in this article that Cosgrove withdrew his name from VA consideration 3 hours after this article was published online 8am 7 June 21014.)  I am permanently injured like a “staggering number” of Cleveland Clinic Urology patients.  My doctor was not board certified, represented false credentials, was denied board certification by the American Board of Urology in 2011, and represented an Iowa Medical License to CMS — for which the Iowa Medical Board stated he did not meet their minimum requirements.  CMS cited the Urology Department for having no credentialing of staff or residents and no privileging for use of da Vinci robot which was known to be defective and dangerous.

I, like so many, will never again step inside the Cleveland Clinic.

All of my follow up care has been at the VA medical center where I am seen and treated by a board certified physician.  I am never treated like a lab rat for training purposes as I was at the Cleveland Clinic.

If Cosgrove and his panel is successful in privatizing the VA medical system to extract every bit of profit, veterans will suffer.  Veterans receive high quality care, dedicated care, and do not have to fight and negotiate every billing as they do at the Cleveland Clinic.  PS.  Cleveland Clinic billed me $65K for three days in the hospital.  Audit report and operating room logs show “my surgeon” was never present at any time during my hospitalization.

I trust nurses more than the doctors.  And I trust the non-profit socialized VA medical system much more than the so called non-profit Cleveland Clinic which is purchasing nearly every hospital in NE Ohio as well as building $B facilities in Dubai and another facility in London.  Wonder if Toby flies there in Cleveland Clinic’s Flight department aircraft.  Perhaps he should purchase a B-767 like Trump to visit his expanding empire. He could post the paid for USNews logo on the tail.  Gotta love non-profit!