Swords to Plowshares Proposal on the VHA 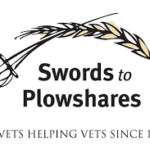 Swords to Plowshares, a veterans service organization that has been working to protect veterans in need since 1974,  has just written an important position paper on the future of VHA healthcare.  It’s Executive Director Michael Blecker, himself a Vietnam veteran,  serves on the Commission on Care, which I have written about for The American Prospect and Boston Globe.  Please read this important document, which is  posted on the website of the Association of VA Psychologist Leaders.  Two other important resources in the fight to protect the VHA have also come out this week.  One is a wonderful article by Alicia Mundy, in the Washington Monthly, entitled The VA Isn’t Broken Yet.  It is, as they say, a must read.  Also the DAV has launched a campaign to Set the Record Straight about the VA which is terrific.  You don’t have to be a veteran, or know a veteran to be concerned about the future of the VHA.  If the Koch brothers and right wing forces succeed in dismantling the VHA, those of us concerned about the future of politics, justice and equity, as well as  health care in this country — not to mention the future of the planet — will have lost a great deal. (If you haven’t yet read it, you should check out my longer article about the VHA in The American Prospect.)