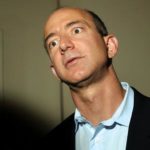 I just read yesterday’s front page New York Times story on “Amazon’s Bruising, Thrilling Workplace.”  And I have to wonder, what is so “thrilling” about it.  The story portrays a cult-like culture in which workers are abused, forced to work brutal hours, ratted on by co-workers through a system of secret informing linked to the internal  phone directory, which “instructs colleagues on how to send secret feedback to one another’s bosses. Employees say it is frequently used to sabotage others. (The tool offers sample texts, including this: “I felt concerned about his inflexibility and openly complaining about minor tasks.”)  Employees are encouraged to work into the wee hours of the night, without overtime pay, and may actually have to fork out money to pay for their own work-connected travel.

The article describes workers who are so harrangued at meetings that they are reduced to sniveling toddlers.  As one former employee described it, “You walk out of a conference room and you’ll see a grown man covering his face,” he said. “Nearly every person I worked with, I saw cry at their desk.”  What is even worse is that female employees were told to leave because they put their families not above but on a par with their work.

Or even worse, consider this description of what goes on at Amazon.

“Molly Jay, an early member of the Kindle team, said she received high ratings for years. But when she began traveling to care for her father, who was suffering from cancer, and cut back working on nights and weekends, her status changed. She was blocked from transferring to a less pressure-filled job, she said, and her boss told her she was “a problem.” As her father was dying, she took unpaid leave to care for him and never returned to Amazon.

“When you’re not able to give your absolute all, 80 hours a week, they see it as a major weakness,” she said.

A woman who had thyroid cancer was given a low performance rating after she returned from treatment. She says her manager explained that while she was out, her peers were accomplishing a great deal. Another employee who miscarried twins left for a business trip the day after she had surgery. “I’m sorry, the work is still going to need to get done,” she said her boss told her. “From where you are in life, trying to start a family, I don’t know if this is the right place for you.”

A woman who had breast cancer was told that she was put on a “performance improvement plan” — Amazon code for “you’re in danger of being fired” — because “difficulties” in her “personal life” had interfered with fulfilling her work goals. Their accounts echoed others from workers who had suffered health crises and felt they had also been judged harshly instead of being given time to recover.

A former human resources executive said she was required to put a woman who had recently returned after undergoing serious surgery, and another who had just had a stillborn child, on performance improvement plans, accounts that were corroborated by a co-worker still at Amazon. “What kind of company do we want to be?” the executive recalled asking her bosses.

The mother of the stillborn child soon left Amazon. “I had just experienced the most devastating event in my life,” the woman recalled via email, only to be told her performance would be monitored “to make sure my focus stayed on my job.”

Employees are enticed to enable brutal bosses because of the carrot of huge financial winnings.  But those go only to a select few.  “Losers leave or are fired in annual cullings of the staff — “purposeful Darwinism,” one former Amazon human resources director said. Some workers who suffered from cancer, miscarriages and other personal crises said they had been evaluated unfairly or edged out rather than given time to recover.”

And what is all this in the service of?  World peace, ending HIV/AIDS, resolving climate change, curing Ebola?  Not, this brutal treatment of workers is in the service of delivering products like doll to customers who just can’t wait a day or two to get their latest gizmo or toy.  “A customer was able to get an Elsa doll that they could not find in all of New York City, and they had it delivered to their house in 23 minutes,” said Ms. Landry, who was authorized by the company to speak, still sounding exhilarated months later about providing “Frozen” dolls in record time.  This, Ms. Landry insists is truly “magical.”  “We’re trying to create those moments for customers where we’re solving a really practical need,” Ms. Landry said, “in this way that feels really futuristic and magical.”  Boy does this woman have her priorities wrong.  What would be magical would be treating employees with dignity, not reducing them to tears.  Magical would be solving critical social and political problems, not getting a doll to a customer in 23 minutes flat.

Please read this article.  Imagine that the word Amazon were replaced with communist China, or Synanon, or Scientology.

Imagine that Jeff Bezos’ name were replaced with L. Ron Hubbard, Charlie Dietrich or Chairman Mao.  What Amazon is isn’t a corporation it’s a cult, a perfect replica of the bubble universe Dave Eggers describes so beautifully in The Circle.  Except it’s even more abusive.  Really, the title of the Times piece should have been Sadistic Boss — Non-Masochists Need Not Apply.  Anyone who thinks this is thrilling needs some help and not from a headhunter, from a head shrinker.  I have never liked Amazon for destroying bookstores.  Now I am determined to buy as little as I can from this destructive cult and I hope all of you will do the same.