We Need to Move Beyond Obamacare to Real Healthcare Reform 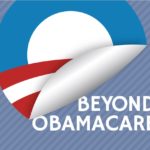 I am not a right wing opponent of Obamacare.  Far from it.  But our new healthcare reform is simply not working as health reform should and has been a boondoggle for the insurance, medical equipment industry, big Pharma, hospitals, and some physicians.  If you doubt any of this read Trudi Lieberman’s excellent and depressing piece — Wrong Prescription: The Failed Promise of the Affordable Care Act —in last month’s Harper’s.

Here is another piece of evidence that highlights how this piecemeal reform is failing.  This story was posted on my friend Jon Flanders’s Facebook page.  Jon sent it to me and I asked him to write a bit more about it so that I could post it on my blog.  So here it is.  What he observed and experienced during a recent hospitalization.

“Nancy and I witnessed a heartbreaking exchange in the hospital today. My roommate was a 50 ish year old truck driver in for a double heart bypass. When he was informed that his procedure would be delayed he became very anxious and on top of worrying about his heart and his chances of survival began to worry about his health insurance. He was already in debt for other things and he wasn’t sure that he would have health insurance for the heart bypass. So he decided to go home against the doctor’s advice and despite his wife’s wishes . He said he would come back next week after they fixed the insurance. He was additionally informed that his initial stay in the hospital wouldn’t be covered by insurance if he went home against medical advice. He still insisted on leaving . We sat in horror listening to this all too common US healthcare nightmare go down one bed over.”

The above paragraph is a Facebook post I made while recovering from a leg bypass operation. Its a bit
abbreviated, since I had to use a phone. Simple as it was, it got quite a lot of comment and some shares.

I know that Suzanne Gordon’s expertise on nursing issues is vast, so I will try to summarize a bit of my hospital stay experience for whatever its worth. I was in for a leg bypass. The hospital I that hosted me has a hierarchical system that was new to me, the last time I was in for any length  of time was 1980. The people who checked up on me the most were the tech’s. They take vitals like blood pressure and temperature. A RN might see me once in 4 hours, that was the time between meds. Then a doctor might show up once a day. They had some kind of wireless heart monitor in my gown. The wires attached to it made going to the bathroom difficult. One of my RN’s working the night shift seemed overwhelmed, another on days appeared to be laid back and somewhat bored. I tried not to hit the button on my caller anymore than necessary, but in most cases someone would show up if I did. The nurses had portable work stations centered around a laptop they would roll in when I got my meds. One of them claimed that this system had cut down on drug errors in a big way.

The truck driver in my Facebook post showed up part way into my stay. He was ambulatory, and pretty vocal about his concerns, health and moneywise. But he was on course to have his heart bypass, had all the night before prep work done, no food or drink etc. His moment of truth hit when he was told there would be a delay getting into surgery. He was yet to be covered by his current job, it would be several weeks before that kicked in, and a paperwork glitch about his Medicaid based coverage made his current coverage questionable. He claimed not to have seen an October deadline due to his truck driving job.

I will say that the hospital staff pleaded with him not to leave. They brought in every expert they could grab as he became more agitated, but none of them could say definitely that he would be covered. Their last resort was the fact that if he left against medical advice his stay up to that moment wouldn’t be covered. Nothing would sway him from his hardening view that he should leave and come back next week with his insurance issues resolved. He would say “my life as I know it is over, no matter what decision I make.” Knowing that he would get coverage in a few weeks made me worry that he would roll the dice on his 95 percent blockage and not come back until he knew he had insurance.

Since I left over the weekend I don’t know the end of this story. I do know that our health care system makes scenes like this all too frequent. We need Medicare for All, from birth to death, without the insurance paperwork deadlines that created this tragic scene in my hospital room.

Stories like this illustrate why we have to move beyond Obamacare to a genuine healthcare system that is based on patient need not corporate greed and that leaves so many — like this poor patient described above –out of the loop and out of luck.