0
Just had this published in Beyond Chron 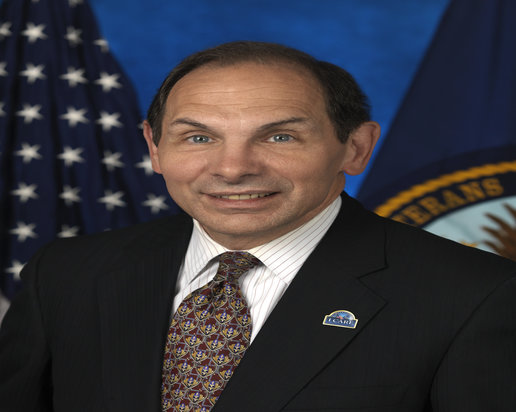 Secretary of the Department of Veterans Affairs Robert A McDonald

Any US veteran who depends on the Veterans Health Administration (VHA) for their healthcare should check out CSPN’s broadcast of the July 25 House Committee on Veterans Affairs. For over two hours, Congressional representatives grilled the Secretary of the Department of Veterans Affairs Robert A McDonald and Acting Principal Deputy Under Secretary for Health, physician James Tuchschmidt.

The level of hostility that Republican committee members displayed toward the VHA should give any veteran – and any citizen who cares about the fate of t he nation’s veterans – pause. It demonstrated how little Republicans – and even some Democrats — on the Committee — understand the complexity of VHA services and perhaps more importantly, what is involved in delivering healthcare to sick, vulnerable human beings.

The topic under discussion last week was the $3 billion dollar shortfall the VHA is experiencing and which threatens to curtail needed services to veterans. Congressional Republicans seemed incredulous that the VA’s leadership did not predict the shortfall earlier. Over and over again members of the Committee asked why VHA leadership could not foresee with total certainty how many veterans the VHA would serve in a given year, how much their medications would cost, what kind of services they would require or demand.

Why, they kept asking, can’t the VHA act like other private sector companies and stick to a predetermined budget? Those unfamiliar with healthcare might consider these legitimate questions. Anyone who understands that sick people are not widgets and that their needs are fluid and predictably unpredictable would find them deeply disturbing.

Republicans pummeled VA leadership with such questions and using the VA wait time crisis that occurred last year as an excuse to continue excoriating the nation’s largest and only publicly funded fully integrated healthcare system. In April of 2014, a whistleblower revealed that some VHA facilities were not only failing to see patients within 30 days of a call for an appointment, but were actually falsifying data about wait times. The media and Congressional Republicans pounced on the VA for failing the nation’s veterans.

Although the wait time crisis was a problem only at some VHA facilities, like the one in Phoenix, Arizona, and was mostly limited to facilities in the South (where many Vietnam veterans were retiring and thus overburdening the system) Republicans act as though each and every one of the VA’s 152 hospitals and 900 clinics was affected and is unworthy of our trust.

Last year Congress gave the VHA money– although not as much as it would need – to improve access. McDonald and his leadership team as well as staff at hundreds of VHA facilities have acted to do just that. Which is why there is a shortfall. As McDonald, explained to the committee, the VHA is the victim of its own success. Over the past year the VHA has had 7 million more appointments – 2.5 million of those appointments were in the VHA itself and 4.5 million were done by non-VHA providers in the outside community. In part, because of what is known as the Choice Act, McDonald was able to report that authorizations for care outside of the VHA increased by 44%. (The Choice Act is a complicated piece of legislation Congress enacted following the wait time crisis which allows veterans to – supposedly – more rapidly access care in the private healthcare system if there are wait times in the VHA)

He also reported that since April of 2014, the VHA increased net staffing by over 12,000 including adding 1000 new physicians, and 3700 medical center staff.   The VHA has added 1.7 million square feet in space to its facilities (if you hire more staff, you need somewhere to put them). The VHA, McDonald reported, has also increased physician productivity by 8.5%.

The VHA has also committed to providing 180,000 veterans who have Hepatitis C with the latest medication, which will cost the system more than $600,000,000. (The cost of this medication and another new Hepatitis C drug is straining the Medicare budget and is a huge problem for all payors).

Yet in spite of all its success, the VA’s health care budget has only increased by 2.8%,

One of the main issues that McDonald highlighted was the fact that Congress has created a system that makes it almost impossible for rational management of the funds it allocates. The VHA has 70 line items in the budget and it can’t move money from one to the other. For example, the VHA has long provided care to veterans in the community. But this care is provided by seven different programs, which produce different data, have different contracting mechanisms and different reimbursement rates. Outside providers, McDonald explained, can cherry pick which program they want to use to get higher reimbursement rates. What he and VA leadership want is to combine all the programs for care in the community – including Choice –into one so that they all use the same information, contracts, and reimbursement rates.

These reasonable explanations and requests were met by a level of hostile repartee that seems almost unprecedented. At one point, after the Secretary again repeated how much enrollment has increased and how much that costs, Congressman Miller demanded that he also furnish information about how many veteran enrollees had died in the past year (as if the deaths of some veterans would offset the cost of care for the living). The Secretary said he did not have the information at his fingertips and that he would get it for Miller.

The Congressman repeated the question and Secretary McDonald, again politely but deftly, responded that since there had been 7 million more appointments during the fiscal year, it was safe to assume that more veterans served were alive than dead. When Representative Doug Lamborn, R- Colorado insisted that the Committee had not gotten a clear answer about the reasons for the shortfall, Secretary McDonald asked if Lamborn wanted him to repeat his entire presentation. “Last year, you said financial mismanagement was not giving veterans care now financial mismanagement is giving veterans too much care,” McDonald added, underlining the fact that it seems that the VHA can’t win no matter how it succeeds in improving access and care.

When asked if he bore any responsibility for not predicting the VHA shortfall, McDonald told the Committee that the first thing he learned when he went to West Point was that leaders do not pass the buck. Not many members of the Committee can boast of a West Point education and five years of military service. Nor did they display any ability to admit that the shortfall was due to any errors of judgment on their part.

During the more than two and a half hour discussion, which consisted mostly of Republican grandstanding, Miller insisted that VA leadership should have included the cost of Hepatitis C vaccine in their fiscal 2015 budget. How, the Secretary responded, could they have known in 2013, when they began preparing the budget, that such a costly drug would be available after they had arrived at their budget request?

preferences change over time and “outpace the federal budget cycle.” What he repeatedly tried to tell the Committee was that patient care is very different than selling Tide laundry detergent (McDonald was brand manager for Tide at Procter & Gamble.) Human beings are not predictable products produced by an assembly line. Any healthcare system that purports to serve them well has to have the flexibility to deal with that inherent unpredictability. Let’s hope this message eventually penetrates the ideological walls that now dominate politics in the nation’s capital. Don’t hold your breath.