Why Don't People Help Each Other and The Patient?

I am writing this post from Heidelberg, Germany, where I have presented to a large German oncology nurses conference and at the Medical Faculty, where Cornelia Mahler and her colleagues have a bachelors degree in Interprofessional Healthcare.  Both at the conference and the Medical School seminar I gave — one which included medical students, orthoptists, and RNs, working nurses commented a persistent problem.  They raise critical concerns to physicians and are blown off.  The image I have included here, is an ideal but it is definitely not the reality, either in Germany or in North America.  Here’s what things look like all too often. 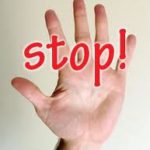 Consider one example of the problem that a pediatric nurse at a seminar I gave on aviation safety and teamwork described.  After I had finished my presentations, this nurse raised her hand and asked how she could deal with physicians who simply refused to take her concerns about the deteriorating status of a child seriously. When Cornelia and I asked her to describe the case and role play it, she explained that she had been taking care of a child with a spiking fever and was concerned that the child would actually have a seizure if not attended to immediately.  When she went to explain this to the physician, the latter kept her eyes firmly on  a sheaf of papers, said she was busy, couldn’t it wait till later, and refused to even make eye contact with the nurse.  The nurse persisted and the physician did eventually attend to the child.  Why, the nurse wondered, was this always so difficult? Why did it always feel like  the physician’s body language — and verbal language — was designed to assert status, not teamwork and collaboration?

In the seminar, we strategized about how the nurse could get the physician’s attention.  Cornelia and I suggested that the nurse respond my repeating the facts, stating things like, ” I understand that you are busy.  I know how concerned you are your patients and need your help and expertise immediately because the child’s condition is worsening (and explain exactly how).”  The nurse felt so disrespected by the doctor that she told us she wanted to tell the doctor — actually yell — “Look at me when you talk to me, not down at your papers. This is so disrespectful.”  We cautioned against that.  What is your goal, we asked her?  To get respect, or to get the doctor to attend to the patient, stat?  We suggested that if such disrespectful conduct persisted,  the nurse deal with this in a debrief.

But I echo the nurses question and concerns.  Not just because I value the in-put of nurses and other non-MD healthcare workers but because, as a patient, I remain deeply concerned that in healthcare status persistently trumps patient safety.  Not just in physicians’ treatment of nurses, but nurses treatment of LPNs, and aides, and housekeepers, and everyone’s treatment of patients and families.  In healthcare toxic hierarchy is truly the gift that keeps on giving.  And that has to stop.  Hopefully programs like the one at the University of Heidelberg will really help change things.  But it is truly an uphill battle.