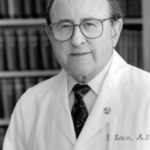 This past week, I spent two and a half days at a conference put on by the Lown Institute on Right Care in healthcare.  The Lown Institute was started by cardiologist Bernard Lown who has done critical research on sudden cardiac death, developed the direct current defibrillator for use in resuscitation when there is a cardiac arrest, and pioneered other critical cardiac treatments.  In 1962 Lown founded Physicians for Social Responsibility and in 1980, with Russian physician Evgeni Chazov, Lown founded International Physicians for the Prevention of Nuclear War.  In 1985, the two were awarded the Nobel Peace Prize.  I had the privilege of working with Bernard Lown as well as other physicians like David Himmelstein and Steffie Woolhandler of  Physicians for a National Health Program, (PNHP  in the mid 1990’s when they created a group of physicians and nurses who launched a protest against Managed Care.  This Ad Hoc Committee to Defend Health Care created a movement of some of the most prominent physicians and nurses  in Massachusetts who encouraged their colleagues to sign a letter — For Our Patients, Not for Profits:  a Call to Action –protesting the increasing corporatization  and marketization of American healthcare.  The letter, with its 2300 signatures was published in JAMA on December 3, 1997.

Several years ago, Bernard Lown founded the Lown Institute, which is now directed by physician Vikas Saini and journalist Shannon Brownlee, who is the author of the excellent book Overtreated: Why Too Much Medicine is Making Us Sicker and Poorer.   The Institute is trying to create what it terms Right Care and is asking those who provide healthcare services to join a Right Care Movement.  As the website puts it: “Performing unnecessary medical tests and treatments is unethical and unacceptable. In signing this document, we join the call for the medical profession to renew its sense of duty and commitment to patients. We call on health care leaders to recognize their ethical obligation to put patient care first.”

At the conference physicians, nurses, policymakers, foundation executives, and patients and patient advocates spoke about the epidemic of unnecessary care that puts patients at risk while making insurance companies, some physicians, and pharmaceutical and medical device companies ever wealthier.  The group is calling for a Right Care Action day in October.

It has long been clear from many news reports as well as research studies that overtreatment is a huge problem in American healthcare.  Our series has published Richard Deyo’s excellent book on unnecessary, risky treatment for back pain entitled Watch Your Back:  How the Back Pain Industry is Costing Us More and Giving Us Less.

One of the people who spoke at the conference was Peter Drier, whose surgical saga was reported on in a front page story in the New York Times.  Drier did due diligence as a “healthcare consumer” and tried to find out how much his neck surgery would cost him.  Then he was hit with a $117,000 bill for an assistant surgeon his primary surgeon failed to mention when he signed on for the procedure.  As he tried to do post-op research on his surprise charge, he discovered that neither his employer, who paid for his insurance, nor his insurance company was particularly concerned about this egregious practice and by paying for it was enabling this kind of bill padding.  During his presentation, one physician suggested that perhaps if the patient had some sort of advocate in his corner, this could be avoided.  Which is sheer nonsense.  This kind of practice should simply be outlawed.  And perhaps would be in a national health system.

During the conference, many of the progressive physicians in the audience warned about “doctor-bashing.”  It’s not an individual problem, it’s a system problem — which is true.  The problem is, as many at the conference pointed out,  that our healthcare system with its misaligned financial incentives to do more and more no matter what the cost to the patient (financial or in pain and suffering).  Some at the conference suggested that to organize against this system corruption, we need to point to villains.  The issue here isn’t innocent victims and evil villains.  The issue is identifying what and who is responsible for these problems.  In an excellent article on income inequality in the March 16 issue of the New Yorker, Jill Lepore discusses a soon to be published book by Anthony Atkinson entitled What Can Be Done. (which will be published in May and whicnh anyone intersted in these issues must read).