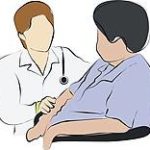 As I have been reading Atul Gawande’s  new book Being Mortal, I am fascinated by the fact that it has taken this surgeon so long to discover the realities of the human condition, the fact that aging and death really isn’t optional and that there should be a better way. (Reading Gawande, I am reminded of esteemed physician Arnold Relman’s semi-deathbed realization that nurses are actually important to patient care and that physicians rarely talk to their patients, see my blogpost on this). Even though his discussion of the palliative care/hospice option may prove to help Americans understand that there is an alternative to the torturous American way of death, there is a serious problem with a model of medical philosophizing.   These reflection rely far too much on personal experience and not enough on the ability of physicians to reflect on the scientific facts (that so many of the treatments MDs recommend are, in fact, futile) or on a close observation of their patient’s experience (which would clearly highlight the torturous nature of so many modern medical treatments).

What we need is a system that helps physicians, nurses and others who work in healthcare see what should be obvious but somehow becomes clouded with false hope (both on the part of physicians and their patients) and obfuscating rhetoric and language.

This was one of the things that first impressed (and depressed) me, when I first began observing healthcare almost thirty years ago. In fact, I will never forget the first time I walked on an oncology unit to observe nurses and doctors at work when I was writing my first book about nursing and healthcare Life Support Three Nurses on the Front Lines. In each patient room on Four South, the Hematology Oncology Unit at the Beth Israel Hospital in Boston, nurses and doctors, stood over patient beds, checking vital signs, asking questions about this or that physical reaction, adjusting the doses of toxic chemotherapy agents that were slowly dripping down the coils of IV tubes to which patients were tethered for days, sometimes weeks on end. The patients were mostly silent, exhausted, depleted by the relentless war that was being waged on their bodies. Like our contemporary war on terrorism, the War on Cancer that President Nixon so confidently launched in 1971, is one that apparently has no end, no boundaries, and no conventional battlefield. Like the war on terror this particular one has turned so-called saviors into assailants and beneficiaries into victims.

Medicine has, of course, a long and illustrious history of ineffective treatments. For all its amazing successes (much of which has as much to do with with public health as medical innovation) there is a distinct nether side to the heroic medical narrative. Consider blood letting and leaches and fever boxes that gave people “hope” in centuries past. Often these remedies are reserved for the rich and famous. Consider, for example, the death of our first president George Washington. On December 14, 1799, at age 67, the nation’s first President came down with a cold, fever, and severe sore throat. His physicians were called in and for the next hours administered a combination of torturous treatments including several blood-lettings, a number of potions that irritated an already severely inflamed throat, an enema and more blood-lettings. After hours of these futile treatments, Washington begged to be allowed to die. And finally did.

Modern medicine would cringe at the idea of leaches, and blood-letting and potions made of vinegar, Spanish fly and mercurous chloride.   When one lifts the veil of contemporary scientific rationality (or rather rationalization), what one finds underneath are similarly ineffective and no less torturous treatments administered with absolute confidence by physicians (and supported by the entire media/ medical industry) who are convinced that the hammer with which they are equipped is striking the right nail, at the right time, and precisely in the right way. Today, in fact, these torturous treatments are hundreds of times more lethal, and drag out the dying process from days to months to even years. They are also far more expensive and the physicians who administer them make a whole lot more money than the barber surgeons of yore. Indeed one of the elephants in the room of modern medicine is just how rich physicians can become as they promote treatments that are as unnecessary as they are ineffective. I know they always have good reasons to offer patients the latest treatment – “giving the patient hope”, buying time (even though it may be weeks not years), or even learning something that will benefit some other patient, some other time, so that the patient here, in this room, plugged into these particular medications. As we have learned, very few people do bad things for bad reasons. Most of us have very good reasons to continue doing the things we do, even when those things have poor or dubious outcomes.

Foregoing futile treatment in favor of comfort was certainly not on the menu for patients on Four South. And the results were almost uniformly horrifying. One man whose doctors were engaged in a last ditch salvage effort consisting of infusions of chemotherapy, had turned into an edematous balloon, legs, arms, face, abdomen so bloated from fluid his body could not expel that he looked like a beached whale washed ashore, unable to negotiate any escape. Why were they doing this, I asked the oncologists? What they delivered was what, I soon learned, was the usual answer. Well, we were trying to buy him time, or give him hope, or learn something for science. What kind of time could he possibly gain, I asked with disease as advanced as his was? Well maybe a few weeks, a month. What did the family understand by “time,” I asked his wife, who sat marooned in despair at his side as she watched her husband swell up and practically burst in front of her eyes. Time, well we thought they meant years, maybe ten or fifteen. In this case, there would not even be months, only day after torturous day.

In another room was a 32 year old woman with acute myeloid leukemia. Her adoring husband was at her side. The perfect young couple with two children aged 2 and four.   The oncologist was pushing a bone marrow transplant but they could not find a perfect match, practically any match. So what would happen if she went through with the transplant, I asked her doctor?   Oh, her oncologist blithely said, it won’t work very well, she’ll get graft versus host and die in two or three months. So why are you doing it, I queried? Well if we don’t she’ll get sick and die in maybe three or four weeks. What he didn’t mention was the financial difference in each of these deaths. One would be infinitely more costly to this young woman and her family but far more lucrative for him – or if not for him for his hospital.

I sat in on many patient/physician encounters. Physicians always emphasized that their modern concoctions would buy their patients “time,” give them“hope.” Even if they failed, they assured patients that their deaths were not for “nothing” because they, their physicians will “learn something” that will eventually save some unspecified someone else at some unspecified time in the future. That many of the therapies or actions (from CPR to radiation to intubation) that constitute “doing everything,” may actually do very little to change the natural course of a particular disease (but do quite a lot to cause worse pain and suffering for patients) was — and still is –rarely discussed when treatment options were/are proposed.

As I watched patient after patient sign up for treatments that seemed not only ineffective but downright cruel, I thought there had to be another way. It turned out that there was. Practically unknown to the doctors and nurses and social workers on Four South, and other cancer units around the country, other medical professionals were pioneering hospice and palliative care methods that promised a very different kind of death. I can’t really remember how I discovered the field of palliative care. It almost seemed as if it came out and grabbed me and pulled me in.  I started going to palliative care conferences like those put on in Canada by Canadian palliative care pioneer Balfour Mount and met brilliant physicians like Eduardo Bruera, who was then practicing in Calgary and is now at MD Anderson in Texas.  Today, I am following palliative care physicians at the VA San Francisco like Eric Widera,  Barb Drye, Patrice Villars and their colleagues in medicine, nursing, social work and psychology and chaplaincy.

For over forty years, these pioneers have created the very opposite of a war on disease and to educate physicians and nurses and others about real alternatives to battlefield medicine. It has been an uphill battle and palliative care and hospice practitioners are finally making some inroads. I will write more about this in the days ahead. But it’s critical to understand the various incentives that promote what passes for “care” in our modern medical system. And it is critical for us to understand what palliative/hospice care is and isn’t as we contemplate how to navigate the human condition.