Why Should Physicians Be in Charge of the Dying? 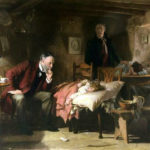 Medical ethicist Ezekiel Emmanuel – brother of Chicago Mayor Rahm – doesn’t want to live past 75. He’s against physician assisted suicide but, as a physician, he believes we should gracefully leave the stage when, in our seventies, we start to go in decline and are no longer at the top of our competitive game. Others like, Atul Gawande, are beginning to rethink the myth of cure when we’re diagnosed with a terminal illness, like lung or pancreatic cancer . Still others are fighting for the right to physician assisted suicide –whether for a person who has Alzeheimers, ALS, cancer or some other terrible disease. Some even think physicians should be able to administer euthanasia to the terminally ill.

For decades the debate about how to gracefully – and less expensively – make one’s final exit has raged in America. The choices are usually stark and limited. Choice number one: suffer till the bitter end under the guidance of physicians who continue to treat even when there is no hope of cure or even much relief from pain. Choice number two: physician assisted suicide or actual physician delivered euthanasia. Interestingly, both choices put decisions about how human beings exit this life firmly in the hands of physicians.

As I’ve reflected on this topic for decades, I’ve come to wonder why it is that the debate about the care of the dying always puts physicians center stage. My question is why do we allow physicians to be the arbiters of decisions about how, when, and even where we die? Why have we given decisions about death to a group of professionals whose education and socialization have not provided them with the training and coaching ( or, in the US, financial incentives) necessary to help their patients deal with these kinds of heart wrenching decisions?

For the past century medical training has focused obsessively on cure and on fighting disease no matter what the cost – to the patient, or the broader society. Physicians are trained to define themselves as warriors against death. Both shaping and mirroring societal beliefs, they are the generals in the war against cancer, heart disease, or obesity. Whether they are oncologists or cardiologists, or opthalmologists they are taught to keep up with and thus recommend the latest treatments all too often no matter what the cost or what the potential outcome. After observing physicians at work, I am believe that they are indeed experts in the physiology, pathology, anatomy, biology etc of the body. They know – at times – how to extend life and they learn more and more about how we humans – at a biological level – progress through life and about the science of how life ends. What they do not know and are not taught are the philosophical, moral, and spiritual issues that are engaged when one decides that one has had enough.

For decades, I have observed the confusion that is produced when physicians talk to patients about treatment options in the face of a terminal illness.   A forty-something man with terminal pancreatic cancer who has undergone round after round of futile chemotherapy is told that “there is always hope of a miracle”, and that there may be one more magic experimental treatment she, the physician, can pull out of her magic hat. An oncologist tells a patient dying of terminal lung cancer that there is always “hope.” This conversation takes place just as nurses and social workers have convinced the 84 year old woman to move into a residential hospice. Since, in our culture, “hope” is almost invariably connected to treatment and hope of cure – rather than hope of a good death, the woman decides for one more round of chemo. All of the work the nurses and social workers did was in vain. That was not necessarily the outcome the oncologist wanted. Although she assiduously read her medical journals articles, keeping up with the latest scientific understanding of cancer, she never had any lessons in how to have this tricky end of life conversation with a patient. And so she said precisely the wrong thing at precisely the wrong time.

I routinely get phone calls from desperate patients who want to know what to “do” because they have – to cite only one example – lung cancer that has metastasized to the liver and stomach. The physician wants them to get treatment right away – it can’t wait. The treatment will supposedly buy them some more time. When I ask the patient what kind of “time” they think they’ll get, they say oh maybe “five or ten years,” when there is no way they could possibly live even five or ten months. Did the doctor actually say that. Well, no, they were really pretty vague, so patients hear what they want to hear. Wouldn’t you?

I have talked to other patients who were enrolled in the physician’s latest trial of this or that experimental treatment, who know it’s all a waste but whose physicians have promised that their death will have meaning because the doctor will have learned something that may benefit someone else, some other time, maybe. “Their death will not have been for nothing.” (An amazing statement when you think of it. This idea that the only way your death – and thus life – can be validated is if you cede it to science.) Or because the doctor doesn’t want the patient to lose “hope,” as if hope resides only in prolonging the inevitable rather than constructing a death that is as pain free and dignified as possible.

And let’s not forget that in the American fee-for-service healthcare system, physicians are incentivized to go on treating for as long as possible because every patient turned over to hospice or palliative care is a loss to their income. Oncologists, as numerous press reports have documented, are even further incentivized to relentlessly treat because they receive kickbacks for every dose of chemotherapy they deliver.

I have watched attending physicians firmly put medical students and residents in their place when, during morning rounds or a case conference, they dared to ask the only relevant question: this patient is 85, and has brain cancer why would we want to treat him with aggressive chemotherapy? No wonder, a resident featured in a recent story in the New York Times couldn’t understand why his 95 –year- old patient actually died.  When I observed physicians and nurses on an oncology unit, I was constantly stunned that the first thing the doctor would do when a patient even hinted at stopping futile treatment was order a psych consult. Rather than considering this to be a perfectly rational response to the fact that six rounds of chemotherapy had failed and maybe it was time to let nature take its course, the message was – you must be crazy if you want to stop treating. Or as Ezekiel Emmanuel put it in an article in the Atlantic, patients who ask for physician assisted suicide “tend to suffer not from unremitting pain but from depression, hopelessness, and fear of losing their dignity and control.”

Several years ago, a year before the death of my 94-year-old cheerfully demented mother, an ophthalmologist noted that she had problems with her peripheral vision in one eye. She recommended an operation. What were the risks of the operation, I asked this doctor. Well, very few, if the eye is kept clean after surgery. If the eye was infected, well then she could actually lose the eye itself.

I wasn’t sure the nursing assistants at my mother’s skilled nursing facilities were capable of monitoring my mother’s wound and I knew my mother could not possibly remember not to pick her nose and then stick her finger in her eye. My mother’s world consisted of a corridor in a nurse home. Why did she need peripheral vision in that one eye or even both. I declinded the surgery. The ophthalmologist, a woman in her early forties, was shocked. How could I make such a choice? What kind of heartless daughter was I?

The take home message seems to be, if you want to stop treating because you are old, or terminally ill, you are either mad or bad.

Every single patient a doctor sees will eventually die. Yet in medical school and throughout their training, physicians are not taught or coached to help patients thoughtfully consider their end of life options. While physicians must recertify their skills in advanced life support on a biannual basis, they do not have to demonstrate that they know how to counsel a patient about treatment options at the end of life – not even once much less every other year.

In the past several years, I have changed primary care physicians several times. I am pretty clear about my end of life strategy – get me out of here with as little futile treatment as possible. Yet not one of the physicians with whom I spent at least an hour or more during my initial visit asked me about healthcare proxies or my end of life choices. Oh wait, I lie, one of the five did, as I was walking out the door.

So to return to my question: Why do we let doctor’s decide these issues? Why are they the ones who determine whether a patient is eligible for hospice, when no doctor can predict when a patient will die? Why do we consult them on end of life decisions when so many are uncomfortable even broaching the subject? Why, in a fee for service system, do we consult with the people who get the fees for the service when we are considering ending treatment? In California, when you want to find out if your house needs earthquake proofing, you don’t call a contractor who does the work to tell you if it needs to be done, you call on someone who has no financial interest in the decision.

I am not sure who, and it definitely shouldn’t be your friendly insurance company – should help us with these decisions. But if we are ever to negotiate these transitions with wisdom and grace, we can’t continue to look for guidance from physicians – not unless their education and entire payment system changes.  So maybe the debate needs to be not only around the wisdom of current approaches to end of life care but of who should be the leader of the end-of-life team. Obviously, it should be the patient, but who should be the coach, referee, and teammates?