Medical Futility: How Can We Help People Confront the Inevitable 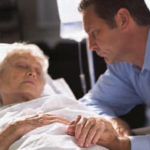 On September 18, 2014, the New York Times OpEd page published a wonderful commentary by physician Barron H. Lerner called When Medicine Is Futile. The physician argued that doctors are pursuing futile treatment and great cost both in expense and suffering to patients.  Using the example of his own physician father, who was committed to stopping the needless suffering of such futile treatment, he argues that physicians have largely ceded decisions about futile treatment to patients, who too often demand what is not good for them.  He blames much of futile treatment on the patients’ rights movement and of bioethics movements – movements that argued that patients have a right to choose treatment options. Lerner discusses the “futility movement”  — those who argue against futile treatment.  The problem, he writes, is that “physicians declaring things to be ‘futile’ sounded too much like the old system of medical paternalism, in which doctors had made life-and-death decisions for patients by themselves. It was this mind-set that bioethics, appropriately, had sought to correct. Patients (or their families) were supposed to be in charge.”  Patients, however, may want things that are not at all good for them and merely cause them more suffering.

I agree with Lerner that there needs to be far more discussion about end of life/futile care.  I think this is a very complex issue.  In the space allotted to him, Lerner could not explore all the complexities.  He did hint at the major ones.  They include patients who are not helped to learn what will help and what will harm them.  They also include physicians who can’t say “enough is enough.”  They also include the financial incentive to overtreat.

I want to talk about each in turn.

Futile treatment has become the norm in many instances.  Particularly when patients are suffering from a terminal illness and simply can’t cope (not surprisingly) with the fact that treatment has stopped working and that they will eventually die from this illness.  Cancer is, of course, a classic example of this problem.  How many of us know people who have gotten a diagnosis of end stage cancer, who have tried numerous treatments, but who continue on literally to the last days of life in the hope that some miracle will happen?  This problem is exacerbated if the patient is young.  (Although believe me, I have seen this happen in older people as well).  The tragedy, to me,  is that the physicians caring for these patients are not helping them to cope with the fact that treatment is futile.  They are not presenting options like hospice and palliative care.  Indeed, when these options are presented, they are framed as “giving up,” “stopping fighting.”  This rigs the discussion and encourages more treatment.  We have to change this framing of palliative care.  It is not about giving up, it is about facing the fact that we all die. The issue is not if we will die but how we will die.

This discussion will never take place if physicians are not taught to have that conversation and are reimbursed for having that conversation. (Although the issue of reimbursement would not, of course, exist if, in the US,  we were not tied to a fee-for-service system of payment, which, as we will see below is part of the problem of futile treatment that must also be addressed). Patients with many terminal illnesses (again I think here of cancer) are very tied to their physicians.  Their physicians represent a life-line.  In many instances, I have known patients who would be open to stopping treatment but are fearful of losing touch with their physician.  They understand that the physician wants to keep treating, so they agree to carry on.  Physicians have to be taught how to have conversations with patients about palliative care.  Such conversations should not be optional but should be The Standard of Care, for every physician, no matter what specialty or area of medicine they are in.  One thing is absolutely guaranteed.  Every single patient a physician cares for will die.  So why are conversations about how we want to die not routine?

One reason physicians are not having these conversations – particularly oncologists and other specialists – is that they have considerable financial incentive to treat till the very end.  We have to face the elephant in the room here — $$$$.  In other healthcare systems, like the UK, where hospice was pioneered, doctors are largely on salary.  As one oncologist in the UK told me, “If I transfer a patient over to palliative care, I do not lose any money.  That is not true in the US system.”  Now I am not saying that all physicians who treat aggressively till a patient dies do so because they want to make money.  But let’s face it, when your pocketbook is involved, you can think up lots of good, virtuous reasons to keep treating.  These include “not depriving the patient of hope.”  I am sure you have heard that one.  Or “well , yes the patient may die, but we will learn a lot as scientists and this will help other patients in the future?”  Does it?  Or what about this one, “you can never tell when a miracle will happen.”

The discussion about futile treatment and end of life care must be held in this country.  Ironically, when Dr. Jack Kevorkian was helping patients commit suicide, that debate was very vigorous.  It is much less so today.  We don’t need another Dr. Jack but we do need more discussion of an issue most of us will face if not sooner, then definitely later.