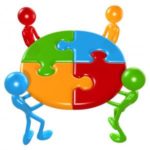 Last week, my co-author of Beyond the Checklist Patrick Mendenhall and I attended a TeamSTEPPS training at the University of Washington in Seattle.  TeamSTEPPS, for anyone who doesn’t know about it (and every one in patient safety should know about it and master its techniques)is a training based, in part ,on the aviation safety model and Crew Resource Management.  It was developed by the US Department of Defense (DOD) and the Agency for Healthcare Research and Quality (AHRQ).   Patrick, Brett and I are part of a team including film makers Ed Herzog and Bob Laird working on a documentary film of Beyond the Checklist (for those who want to learn more about the project, please visit our website www.beyondthechecklist.com) .  We went to the TeamSTEPPS training to learn more about it so that we can incorporate it into our film and also our on-going work. At the end of the two day training we are proud to report that we became Master TeamSTEPPS trainers.

One of the techniques that TeamSTEPPS borrows from aviation and other high risk endeavors is the debrief.  (Which of course follows the brief, but more on that in another post).  The debrief is a way that groups, teams, organizations, and systems assure that they learn something from their activities — particularly from errors or problems.  We all know that the real way people learn is from making mistakes and then analyzing them.  Sadly, healthcare has been remiss in failing to learn from errors because the atmosphere in healthcare is punitive/shaming when it comes to errors.  In healthcare, as my colleague Michael Leonard is fond of saying, people are expected to be smart and we all know smart people never make mistakes. The healthcare workplace, healthcare professional schools, and educational institutions are big on shame and blame, which means that people naturally (and I do mean naturally, since we are talking about hard wiring here) avoid admitting to error and will do almost anything to avoid confessing that they made a mistake.  As I have written in other posts, teaching in many healthcare institutions and professional schools includes  a heavy dose of humiliation.   What this really teaches students is not how to improve but that they should never admit they don’t know something and absolutely never ever say they did something wrong, made a mistake or otherwise exhibited that they are an actual mortal being.

The debrief is the way around this dilemma.  It is a very well thought out and structured intervention that allows people to admit to mistakes and learn from them.  The debrief  has a very clear structure and intent.  It is all about individual/team/organizational learning and improvement.  To reach this goal, it is critical that the debrief focus not on what is wrong, and who did what, i.e. who can be blamed.  The debrief should focus on what can be improved and what we can all learn.  The words wrong, fault, bad, anything negative should never appear in a debrief.  Instead, the debrief should ask three questions in precisely this order:

What went well, what were our strengths?

What can we do better, improve?

How can we improve?

How can we do it differently next time?

A debrief, according to TeamSTEPPS can also raise the following questions:

Was communication clear?  Were roles and responsibilities understood? Was situation awareness maintained? Was workload effectively distributed?  Did we ask for or offer assistance?

You will notice here that the use of any sentences focusing on an individual are not used.  The wording of a debrief is not, “did you, Joan Smith, communicate clearly?  Did you Joe Jones know what you were doing? “  The wording is neutral and applies to everyone.

What is critical about a debrief is that you begin with the positive.  When things go wrong, or mistakes are made, people feel bad, often anguished and and very stressed The error may have just harmed – or even killed a patient.  People did not go into healthcare to hurt their patients or each other.  Many people who have been involved in mistakes become their secondary victims.  As an essay in our book First Do Less Harm, explains, being involved in an error that hurts patients may create Wounds that Do Not Heal.  Some never recover.

People who feel terrible do are not in the best frame of mind for learning.  Even if there was a near miss, or no one got hurt, the reigning myth in healthcare is that smart people don’t make mistakes.  Given this environment, admitting that you made a mistake – even a fairly trivial one or one that brought no harm – will be difficult.  If we are to learn from our mistakes, it’s critical to put the brain in a non-defensive frame of mind.  That’s why we begin debriefs on what went right.  Sometimes people feel that nothing went right.  But usually there is something that went right – if only just the fact that people showed up to work.  Similarly, the neutral tone of the debrief, the emphasis on the team functioning not the individual, helps avoid defensiveness and assures that any mistake or problem produces a teachable moment rather than an unbearable one.

Debriefs can not only help learning they can also help healing.  When everyone acknowledges that their work together had both strengths and weaknesses and that they can learn from something – even something that was catastrophic, can be healing.  When a debrief produces understanding and support, then it is even more important.  And by support, I do not mean avoiding accountability or responsibility.  I mean the kind of support that leads to change and improvement and the ability to continue acknowledging and learning from mistakes or problems in the future.

I have taught and conducted many debriefs over the years but when I participated at the one at the TeamSTEPPS training I was struck by the healing power of the debrief.  In the training, the participants were divided into small teams of five or six people.  None of us knew each other.  We were then asked to do an exercise with Legos.  We had a few minutes to read the instructions on the board and then to choose who would be a “runner,” who would collect the Legos, and who would be a “builder” who would construct the form we were instructed to create.  We had a very short amount of time to do the exercise and there was a lot of uncertainty,  commands  shouted out, and thus stress (sound familiar, ever happen in your workplace?).  It was only play acting, but since people are born to act, everyone got into it immediately.   I was assigned to be a “runner.”  And I felt that I did a terrible job at it.  I had a hard time parsing the instructions barked out.  I picked the wrong colors and shapes.  In general, I felt I had let the team down, and was pretty dismal at my job.  I also felt my teammates were not too pleased with me.  All and all, it was not a happy experience.

Then we had to debrief it.  I groaned at the thought.  I was not going to come out well in this and I was not looking forward to it.  But guess what happened?  Instead of beginning on the negative, which was where I was at.  Our TeamSTEPPS instructors began on the positive.  What were the team’s strengths, they asked, what did we do well?  People went around the room and talked and our group joined in.  Turned out it wasn’t all bad.  We did pretty well on certain parameters, which was news to me.  As the pluses were very briefly outlined, I perked up.  Suddenly, listening to the good news, switched off something in my brain – my negativity, doom and gloom, nothing can ever go right button.  It did more than that, it seemed to turn on another part of my brain — the positive part.  Suddenly, I felt better, more open to admitting my mistakes or deficiencies and to learn.  The use of the positive was not intended to paper over or conceal problems.  It was very deliberately used to help people tolerate the negative and learn from it.

As we debriefed with the larger group,  I spoke up and said I had felt like I had done a terrible job and that my teammates were not happy with me.  Turns out no one felt that.  They were too busy being unhappy with themselves.  We talked – again very briefly – about what we could do right next time.  I felt great.  We all felt great.  We had just started to become a team – not only because we had done a whole bunch of things right, but because we had engaged together in a learning experience – albeit a very short one.

I have used this technique in the past in teams on which I work but even with friends and family members.  When there’s a problem, I will often start the conversation with, “let’s debrief that,” instead of “ I have bone to pick with you, or that was terrible, or how could you be such an idiot.”  (None of which will lead to a productive conversation!) Now, I am even starting to debrief with myself.  It’s a powerful tool in healthcare.  It takes discipline, self-control, and the willingness to fight the urge to blame others or oneself.  But when you exert that self-discipline and team discipline, it really works!! 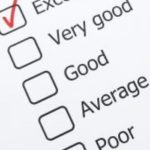