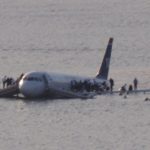 For the past ten years, I have spent a great deal of time talking with a variety of healthcare professionals about the amazing transformation that occurred in the aviation industry with the development and implementation of Crew Resource Management in the 1980s. CRM, which was the beginning of the aviation safety model and culture, has literally revolutionized the industry, transforming an unsafe and unreliable enterprise into one of the safest in the world.  When my co-authors and I speak about the aviation safety model/culture and development of CRM in our book Beyond the Checklist, people are very impressed by what we tell them.  But they all have similar questions: How did the aviation industry do it?  Why did airlines that competed with one another for passengers agree to cooperate and share information so they could all become more safe?  Why did – and do – airline companies that are constantly trying to cut costs and enhance profits agree to spend money on training personnel so that they can work more effectively together?  Why do these companies continue to do this and do it systematically and recurrently?  And then comes the biggest question of all:  Why isn’t health care doing the same kind of training and paying the same kind of sustained attention to safety?

These are important, indeed critical questions, whose answers tell us a lot about culture change, about the role of the consumer (i.e. passenger/patient), about the role of regulators, and also about social expectations and assumptions about safety in high- risk industries.

As I have been asked this question and discussed it with my co-author pilot Patrick Mendenhall and other colleagues whose opinions I highly value, I have come up with the following analysis of the two industries and their similarities and differences.

When CRM was developed in the 1980’s, its design and implementation was prompted by a series of high profile crashes.  There was the KLM/Pan Am crash in Tenerife, where a superstar captain was, in part, responsible for the most devastating airline accident in history (not counting September 11th, which we can’t really count here since it was a deliberate attack).  There was the crash of Eastern flight 401 in the Everglades, United 173 in Portland, etc.  Each one of these crashes, as happens with any airline crash, attracted not just national but international attention.  Each crash had devastating personal consequences for the victims, and there were terrible financial consequences for the airline involved.  The airline company lost a multi-million dollar airplane; there were lawsuits from victims, and loss of key personnel.

With each crash – and here, I think, is the kernel of the issue — there was awful publicity.  Pictures of airline wreckage, emergency personnel trying to find the dead, lengthy articles on why the crash happened did more than hurt the particular airline involved but had a serious impact on  air travel in general.  When an airplane crashes, people don’t just think, oh I won’t fly United, or Eastern, or KLM.  People don’t want to fly period.  Even one sensational crash adds to the normal fear of flying we should all have.  Multiple crashes make people who would get on an airplane without blinking an eye think seriously about their decision. Multiple crashes convince potential passengers that airplane travel is very very dangerous, and thus people question their decision to fly from point A to point B and consider some other mode of transport —  car, bus, train, ship,  anything might seem safer than getting on an airplane. The airlines understood this and understood that something needed to be done to make air travel not only look safe but actually be safe.

Because of a combination of industry action, and government regulation the aviation safety model has made airline travel very safe indeed.  Today passengers agree to get on airplanes not because of the brilliance of a particular pilot. They get on an airplane because they think the airline industry is making every pilot fly safely, and every plane run safely.  There is an implicit social contract and social understanding involved with the decision to take a flight.  Passengers will fly planes because airlines and their regulators make sure that all the systems it takes to a plane and flight safe are in place. Because of this no one would ever think to ask about the credentials of a particular captain or first officer, or member of the cabin crew.  The fact that there are few crashes makes us believe that the system of air travel –a system created by hundreds of people who work in many different capacities (air traffic control, aviation enginners and airline manufactuers, airplane mechanics, pilots and flight attendants) work together to protect us. No one person is asked to do it.  All of them work together to do it.

The average person may never have heard of CRM, or TEM (Threat and Error Management) or ASAP (, Aviation Safety Action Program, a non-punitive airline error reporting system) but we passengers get that our lives depend on a system not an individual.  Airline advertising emphasizes this fact.   Airlines  may compete about on-time arrival, or the food or service in business class, or the slant of the seats in first class, but you have not nor will you see an advertisement that  says “Fly Delta, we’ll get you there without crashing.  But beware of United, they might kill you).  Each each airline knows that they all have to be safe in order for each individual one to do attract passengers.  The fact that airlines must be safe or fail seems to be behind the acceptance (however reluctant) of regulation in the field.  The Federal Aviation Admnistration (FAA) requires various safety procedures, techniques, models and mechanisms that protect and reinforce safety culture. And these apply to all airlines, not just one or two of them.  Government regulation is built on the acknowledgment that aviation safety depends on a system that is not just national but international.

This understanding of the systemwide nature of safety is not pervasive in healthcare.  Of course, most people in healthcare will give lip service to the concept.  But lip service is mostly all we get.  Even though scoes of scientific studies document the system nature of error, healthcare is still ruled by a heroic medical model that is assiduously sold to Americans by hospitals and physicians and other health care institutions and groups.  These groups, albeit perhaps unwittingly,  deny us the ability to understand that no one person can save us from the kind of medical errors and injuries that are killing as many as 400,000 plus patients a year and hurting more than 1.5 million.  These studies document that the majority of  these medical deaths and injuries  are due not to individual failures in technical proficiency but to failures in systems.  Healthcare has simply failed to create the kind of safety culture and trainings that are now routine in healthcare.  Nor has healthcare developed a cultural narrative that emphasizes the role of teams not just individual medical heroes.

What does this mean?  It means that even though individual healthcare consumers are asked to take responsibility for their healthcare choices, and make rational ones, , the average consumer/patient deciding on which institution to choose (if that is, choice is an option in our private insurance run healthcare system) does not have a clue that his or her life is in the hands of a team of people and that each member of the team – no matter how low on the totem pole or how invisible to the patient – has an influence on the outcome of their care.

To put it simply, most people do not understand that they can have the best brain surgeon in the world but still die or be injured if they do not also have the best neuro-surgical nursing.  And if they do not understand this, they certainly don’t understand that they can have the best neuro-surgeon in the world and be harmed because the machines that they depend on have not been properly maintained or calibrated by skilled and knowledgable clinical engineers, that their test results need to be read by skilled and knowledgable laboratory or radiology techinicians, or that their rooms must be cleaned by housekeeping staff that knows the difference between dusting and disinfecting.  Patients simply do not understand that they need not only the best physician, and the best nursing, but they also need the best housekeeping services, the best lab services, the best clinical engineers to maintain the equipment upon which their lives depend, the best physical and occupational and respiratory therapy – to mention only a few.

Many institutions, like the VA, are beginning to recognize this internally and even to promote it externally. Too many hospitals and health administrators seem determined to constantly recycle the tired old heroic medical narrative that features the lone physician who works against all odds, taking great risks and finally triumphing over disease and death. The narrative is inherently anti-team and anti-systems thinking.

Although there have been many efforts to debunk this heroic narrative, it is alive and well everywhere.  The other day I was riding the BART into San Francisco, and I glanced up at the ads plastered across the train car.  In one, a surgeon, wearing scrubs and a surgical cap, starred out at the San Francisco skyline.  Next to him was an image of a smiling woman, a patient looking gratefully at the camera.  The ad copy, part of a campaign being waged by the teaching hospital at University of San Francisco California boasted that Dr. John Roberts, Chief of Transplant Services, is pioneering care for patient Amy Baghdadi.  If you go to the website www.pioneering care you learn more about these heroic individual physicians who seem to work alone to save their patients.   In some of this advertising there is an occasional mention of others, but they are usually other equally heroic physicians.

Check out the ads taken out New York University’s Langone Medical Center, which similarly advertises the exploits of its heroic physicians. Pick any teaching hospital in America and go to their website and you will find the heroic medical narrative at work.

Patients and members of the public – who are all potential or sometime patients – need to understand that their lives depend not only on skilled individuals but on individuals (many of whom are not physicians)  who are skilled at working together.  Hospitals can help or hinder this realization.  Right now, most of them are devoted to a public relations/ public education strategy that moves us totally away from what we need to know and do to keep ourselves safe.  We’ll know that we are on the right path when we see hospital ads that advertise real teams – teams with physicians, nurses, various other kinds of therapists, and yes even housekeepers, and unit secretaries.  Question is:  when will this happen and where?