Is Bullying Really Epidemic in Healthcare? 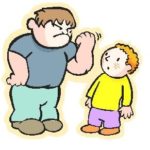 The other day I did a workshop for healthcare workers who work in a variety of jobs in US hospitals.  When we discussed workplace problems,  bullying emerged as a central concern. People argued that there was a great deal of “bullying” in their workplaces.  I have heard complaints about bullying and bullies  a lot.  At first I actually thought health care was rife with very disturbed people who were in fact real bullies.  Was everyone in the healthcare workforce really that psychologically impaired, I wondered?  What I have learned, particularly from my work with Kate McPhaul — who was a professor of nursing at the University of Maryland School of Nursing and is now Chief Consultant in Occupational Health at the VA– is that the term “bully” and “bullying” are often – too often – misapplied and misused.

Bullying is often confused with incivility, disrespect, and the kind of behaviors that result from failure to teach and cultivate teamwork in the workplace.  Because people in our culture and our healthcare workplaces have been socialized to work as individuals, to compete with each other, to put one profession, person, discipline above another and to function in a command and control workplace in which collective input into decision- making is discouraged, disrespect, put-downs, and even humiliation and some kinds of abusive behavior have become all too common.  While this kind of behavior is damaging and causes a great deal of stress, poor quality care, and occupational illness, it is not always bullying.

Here are some definitions of real bullying:

“Persistent, offensive, abusive, intimidating or insulting behaviour, abuse of power or unfair penal sanctions which makes the recipient feel upset, threatened, humiliated or vulnerable, which undermines their self-confidence and which may cause them to suffer stress”

Here is another from the University of New South Wales in Australia:

“What is Bullying?
Bullying is defined as the repeated less favourable treatment of a person by another or others in the workplace which may be considered unreasonable and inappropriate in workplace practice. It includes behaviour that could be expected to intimidate, offend, degrade, humiliate undermine or threaten.
Bullying is physical or psychological behaviour or conduct where strength (including strength of personality) and/or a position of power is misused by a person in a position of authority or by a person who perceives that they are in a position of power or authority.
Bullying is normally associated with an ongoing systematic pattern of behaviour. An isolated incident of behaviour is not considered bullying, but may of course lead to action being taken against the perpetrator based on that single incident.
Bullying may be perpetrated by an individual who may be a work colleague, a supervisor, a more senior manager or a person who reports to the individual subject to the alleged bullying. A bully is equally likely to be male or female.
Bullying may be overt or covert.
Overt Bullying
Examples of overt bullying may include:
Covert Bullying
Examples of covert bullying may include:
Providing guidance, conducting performance counseling, invoking unsatisfactory performance procedures or misconduct procedures does not in itself constitute bullying. Supervisors and managers are expected to offer constructive advice and comment as part of their role in a way that does not demean or humiliate.”

Bullying  almost always  targets a particular individual and subjects them – usually repeatedly– to aggressive, threatening, assaultive (emotionally or physically) behavior.  As the stopbullying.gov website explains, People who bully someone else deliberately exclude that person “from a group on purpose, spread rumors about that person, attack them etc. http://www.stopbullying.gov/what-is-bullying/

Classic cases of bullying include people like Miami Dolphins offensive lineman Jonathan Martin who was deliberately tormented by guard Richie Incognito,  John Jerry, and Mike Pouncey. In most cases,bullying usually involves a major instigator or instigators and a lot of people who are bystanders, who observe the bullying and do nothing.  As in so many other cases in life, these bystanders are almost worse than the bullies.  True, they didn’t initiate the behavior, but they nonetheless, see what is going on and do nothing to stop it.   They are the classic examples  of the “good men” in  quote attributed to the British philosopher Edmund Burke who ostensibly said that “The only thing necessary for the triumph of evil is for good men to do nothing.”

When I asked the healthcare workers I was presenting to to define what they meant by bullying, they highlighted the following behaviors.  People were not nice to each other.  They snapped at each other.  They didn’t share information.  They gossiped about people behind their backs.  They rolled their eyes when someone else made a suggestion.  They didn’t pull their weight.  They acted cliqueishly and didn’t invite other people into the circle.

While all that they described were classic examples of what happens in a workplace in which people have not been trained to work as a team, none of what they described was actual bullying.  No one, it seemed, deliberately targeted a particular individual and assailed them repeatedly with aggressive, destructive behavior.  The behaviors the people described were destructive of teamwork and could actually lead to patient deaths, but was this bullying?

I recently engaged in an on-line conversation with someone about this issue who argued that being unwelcoming to new people on the job and not sharing information with them — thus setting them up to fail — was  always bullying.  I disagree.  What I see is that much of this is standard operating procedure in a health care universe which essentially normalizes the deviance of lack of information sharing and discussion, and in which people are often resentful because they are treated as lesser beings (allied health professionals, mid-levels, physician-extenders) by so called top-guns (who can be MDs, RNs, administrators, you name it, they can play the superior-inferior game as well as anyone).  If a nurse is irritated with a resident who has asked her to clean up after him and do work he should do and decides not to explain her refusal to act as “ordered”, is she being a bully? If a resident who hasn’t learned anything about teamwork doesn’t share his rationale for his action with an RN or aide, is he/she a bully?  If a supervisor or manager has been taught that having a healthcare union in the workplace  is a badge of managerial failure, is she/he a bully because she/he is less than welcoming to the arguments or negotiation of a union steward or member?  If a surgeon doesn’t listen to the concerns of OR staff and fails to share his plans with them (but is otherwise not abusive in the OR), is that bullying?

I am very worried about attributing broader teamwork problems to bullying and accusing people who have no team intelligence or teamwork skills of being bullies.  While we  must rigorously and firmly deal with real bullying — I think we have to be careful not to shift the emphasis from systems to individuals.
I speak of this with a lot of concern because I was actually bullied — as in really bullied not just treated not so nicely — from the time I was in third grade till I got into middle school. It was no fun, to say the least.   We won’t stop the kind of abuse I endured during my entire childhood and which some do indeed suffer from today in healthcare unless we begin by teaching teamwork to everyone.  Then we can distinguish lack of team intelligence from the pathology of bullying and encourage more of the former while dealing vigorously with the latter.