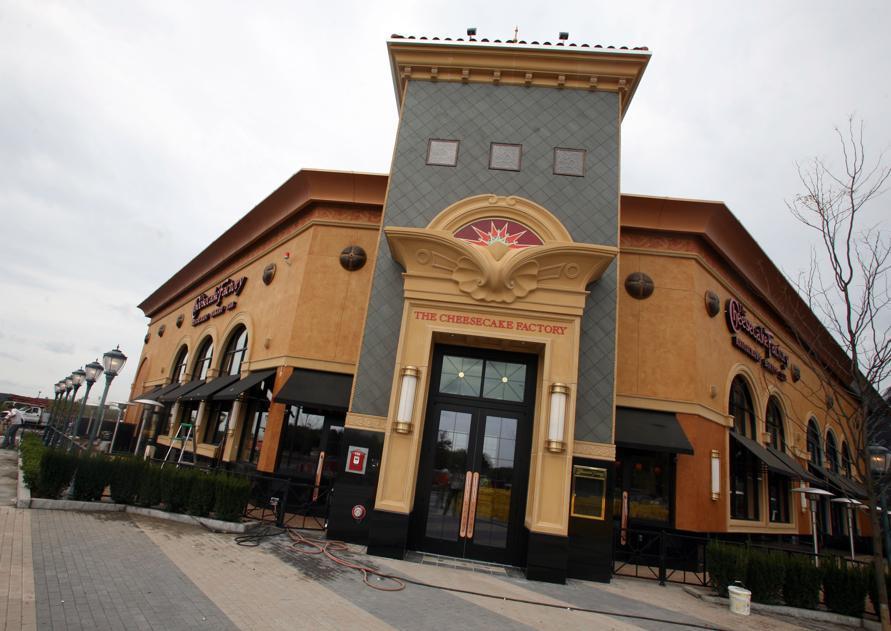 A Cheesecake Factory at the North Shore Mall in Peabody.

In their drive to cut costs and produce better patient outcomes, American health care policy makers and administrators are embracing a variety of work re-organization schemes borrowed from other industries. Some boast of their “Toyota lean” approach to health care delivery. Others have looked to Disney World for new ideas. The newest business model being touted is the chain restaurant The Cheesecake Factory.

Earlier this month, Boston’s own Atul Gawande, a well-known surgeon and writer about health care, surprised many readers of The New Yorker by praising The Cheesecake Factory for demonstrating how the US health care system could provide more standardized, high-quality patient care.

According to Gawande, the “delicious” fare served by over 180,000 employees in its more than 2000 restaurants represents just the kind of reliable, innovative product that would better fit the budgets of cost-conscious health care providers — and meet the needs of their “customers” — in the competitive new world of US medicine.

He admits, in passing, that “the front-line worker” at the Cheesecake Factory and similar chains “now generates unprecedented value but receives little of the wealth he is creating.” But because firms like these “have learned to increase the capabilities and efficiency of the human beings who work for them,” the Cheesecake Factory model of food preparation and service “represents our best prospect for change” in health care, he argues. Although standardization is long overdue in health care, it is questionable if this particular model of standardization addresses the needs and complexities of health care.

In the labor intensive world of health care delivery, as physician and patient safety advocate Lucian Leape, of the Harvard School of Public Health has pointed out, quality patient care (and thus customer satisfaction) depends on whether health care employers treat their staff respectfully. While the Cheesecake Factory may have developed a highly efficient and thus profitable business model, it seems to be one based on punitive labor practices. In California, Cheesecake Factory workers won a $4.5 million settlement with the chain for its widespread wage and hour law violations. It appears that the chain has not learned its lesson: A law firm in Tennesee is pursuing litigation on behalf of current and former servers at the chain. The complaint alleges that all across the country Cheesecake Factory servers have worked hours for which they have not been compensated or for which they have been paid “at rates less than one-and-one-half times their normal hourly rates, and/or for which they were paid below the minimum wage.”

Because of its continuing deficiencies in this area, the Restaurant Opportunities Centers (ROC), a nationwide restaurant workers group, gave the chain a very low rating in its 2012 “Diners’ Guide” to ethical eating. The guide named the Cheesecake Factory as one of the worst employers in the industry. At a restaurant worker protest in Baltimore in May, ex-Cheesecake Factory worker Raquel Rojas spoke for many when she told a local reporter that a her former employer “treated us like machines — like we didn’t have any emotions or needs.”

It is hard to consider the Cheesecake Factory’s record of process innovation while divorcing it from its product. Dr. Gawande, who has written about the costs of obesity-linked cardiac problems in some of his other writings, does acknowledge that the food at the Cheesecake Factory, ” was sweeter, fatter and bigger than it had to be.” At the same time, he lauds the chain for providing “goods and services of greater variety, better quality, and lower cost than would otherwise be available.”

It is troubling to learn that a respected patient safety advocate like Gawande — someone who has long written about enhancing patient safety and reducing health care costs — would assert that The Cheesecake Factory produces a quality product. Just last year, The Center for Science and the Public Interest gave the chain one of its “Extreme Eating” awards for its Farmhouse Cheeseburger, which weighs in at 1,530 calories, 36 grams of saturated fat and 3,210 milligrams of sodium. As Bonnie Liebman of the Center put it, chains like the Cheesecake Factory seem intent on “targeting the remaining one out of three Americans who are still normal weight in order to boost their risk of obesity, diabetes, heart attacks, and cancer.”

In “The End of Overeating: Taking Control of the Insatiable American Appetite,” Dr. David Kessler, former head of the Food and Drug Administration, addresses the obesity crisis that is costing the US over $147 million annually . He singles out The Cheesecake Factory for manipulating the fat and sugar content of its food to encourage over-consumption. Even some business analysts in favor of standardization health care argue that a restaurant chain that has contributed so heavily to obesity can hardly be considered our “best prospect for change.”

As we search for ways to control health care costs while still providing quality care, there are some high reliability industries, like aviation, that do provide promising models for change. The Cheesecake Factory — with its history of violations of basic worker rights and almost anti-lean cuisine — just isn’t one of them.

. Suzanne Gordon is a health care journalist and coeditor of “First Do Less Harm: Confronting the Inconvenient Problems of Patient Safety.’’